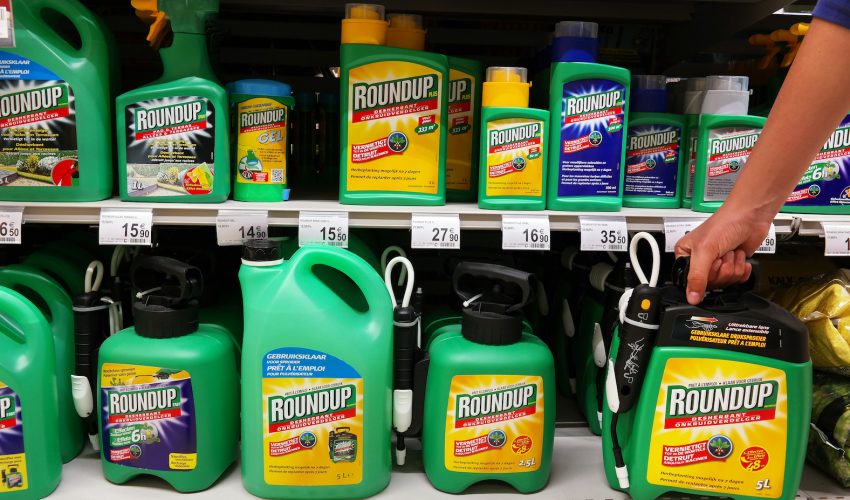 On Friday, a jury made a stunning decision in a lawsuit against chemical giant Monsanto: it awarded almost $290 million to a former school groundskeeper who said his use of the weedkiller Roundup led to untreatable cancer.

Dewayne Johnson was awarded $39 million in compensatory damages and $250 in punitive damages in the case. He believes that his use of the weedkiller, which he applied 20 to 30 times per year at the San Francisco-area school where he worked, led to his now terminal non-Hodgkin’s lymphoma.

The case could set a precedent as hundreds of other cancer patients turn on the chemical company. Monsanto was facing more than 800 lawsuits from non-Hodgkin’s lymphoma patients, CNN reported last year.

While the cause of cancer is difficult to prove, Johnson’s attorney said, there appears to be a link between Roundup and non-Hodgkin’s lymphoma.

“You can’t take a lung cancer tumor and run a test that proves that tobacco caused that cancer. … You’re seeing the same thing here,” lawyer Timothy Litzenburg told CNN. “I think we’re in the beginning of that era of this dawning on us as a country – as a public – the connection between these two things.”

Johnson, 46, believes that his use of the weedkiller Roundup led to his terminal cancer, which has left him near death and covered up to 80 percent of his body in painful lesions. He testified in court that on two occasions, he accidentally spilled the chemical on himself, the first in 2012. His cancer was diagnosed in 2014.

Monsanto denies that allegations despite the ruling.

“More than 800 scientific studies, the U.S. EPA, the National Institutes of Health and regulators around the world have concluded that glyphosate is safe for use and does not cause cancer,” said Scott Partridge, Monsanto’s vice president of strategy.

One of those studies, he pointed out, looked at the effects of pesticides – including glyphosate – on farmers and their families between 1993 and 2013.

The International Agency for Research on Cancer, part of the World Health Organization, announced findings that linked glyphosate to non-Hodgkin’s lymphoma in March 2015. But Monsanto shows that other studies have refuted that, finding no links between the weedkiller Roundup and cancer of any kind, including lymphoma.

“We all have sympathy for Mr. Johnson,” Partridge said. “It’s natural he’s looking for answers. Glyphosate is not the answer.”

Litzenburg says it’s the combination of glyphosate and other chemicals in Roundup that make it dangerous, but Monsanto spokespersons argue that regulatory agencies have tested the weedkiller and judged it to be safe.

Litzenburg and his attorneys have found more than 2,000 cases in states around the U.S., and another 400 have been filed in federal multidistrict litigation.