Canine cancer dating back thousands of years spread across the oceans • Earth.com 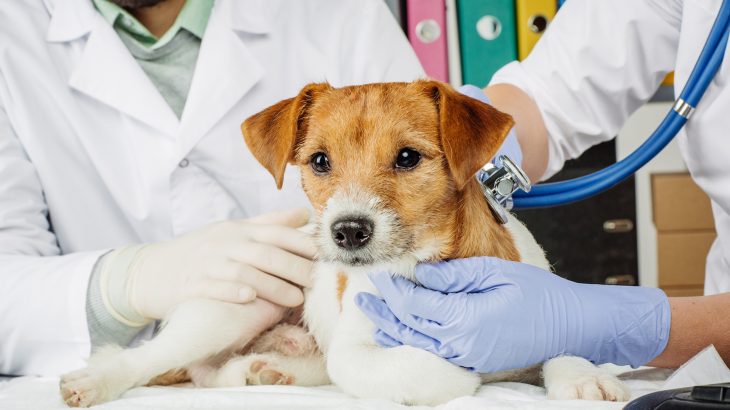 Canine cancer dating back thousands of years spread across the oceans

Canine transmissible venereal tumor (CTVT), a cancer commonly spread through mating in dogs, has spread to almost all corners of the globe and evolved to thrive in new environments through the years.

Researchers from the Transmissible Cancer Group at the University of Cambridge were able to piece together CTVT’s extensive travel log to help pinpoint its origins, determine how it spread and mutated over time, and examine its evolutionary changes.

The extensive genetic study was published in the journal Science.

“This tumour has spread to almost every continent, evolving as it spreads,” said Adrian Baez-Ortega, the lead author of the study. “Changes to its DNA tell a story of where it has been and when, almost like a historical travel journal.”

The cancer is noteworthy because of its tumors. The cells in the tumor are not linked to the carrier dog that spread the disease but can be traced all the way back to the original dog in which transmissible venereal tumor first arose.

Baez-Ortega, along with an international team of researchers, analyzed tumors collected from 546 dogs worldwide, looking for clues to how the disease spread so efficiently.

The researchers created a phylogenetic tree showing different mutations in the tumors through generations of CTVT. This particular type of family tree allowed the researchers to trace back the origins of CTVT to between 4,000 and 8,500 years ago.

CTVT likely first arose in one individual dog in Asia or Europe. All of the tumors analyzed in the study could be traced back to a common ancestor 1,900 years ago.

Next, the researchers tracked CTVT’s spread across the globe. The disease first traveled to the Americas with European settlers by boat around 500 years ago. All cases of transmissible venereal tumor in modern dogs in North, Central, and South America can be linked back to this one event.

After first making its way through the Americas, the researchers say CTVT spread to European colonies in Africa and along the Indian subcontinent.

The researchers were also able to take an up-close look at mutations in the tumor DNA that have occurred through CTVT’s history.

Five biological processes that damaged the tumor DNA through the years, including UV light exposure, were identified by the researchers.

One process called “Signature A,” stuck out to the researchers because it caused mutations thousands of years ago but hasn’t resulted in any recent changes.

“This is really exciting – we’ve never seen anything like the pattern caused by this carcinogen before,” said Dr. Elizabeth Murchison, an author of the study. “It looks like the tumour was exposed to something thousands of years ago that caused changes to its DNA for some length of time and then disappeared. It’s a mystery what the carcinogen could be. Perhaps it was something present in the environment where the cancer first arose.”

The good news is that the cancer is getting weaker and is on its way out, but the study sheds light on the evolutionary changes CTVT underwent to get where it is today.