Captive dolphins are the happiest when interacting with humans • Earth.com 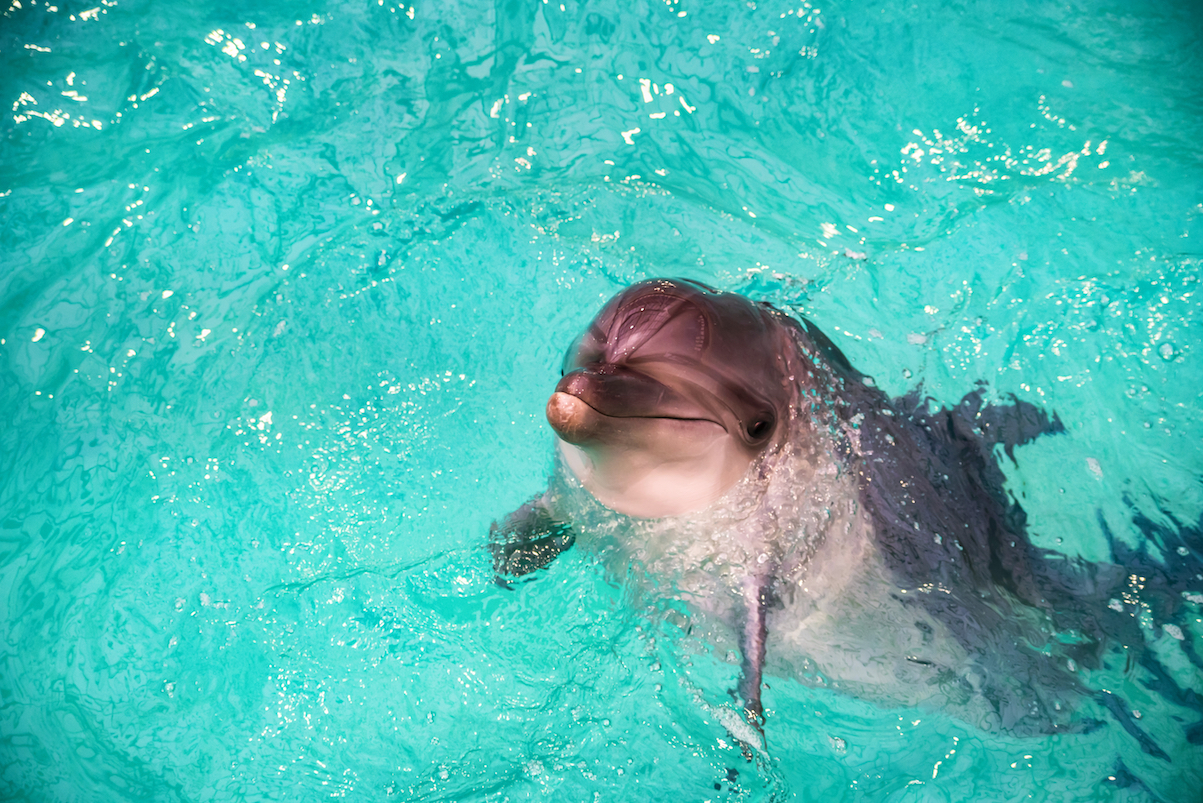 Captive dolphins are the happiest when interacting with humans

Researchers at the University of Paris have completed a three-year investigation into whether or not dolphins are “happy” in captivity. The study revealed that dolphins who were born in captivity are quite content, especially with attention from familiar people.

The study has been a subject of controversy among those who believe that all dolphins should be in the wild.

Lead author Dr. Isabella Clegg explained that the research is not focused on answering the question of what is right or wrong, but aims to help understand and improve the lives of the thousands of dolphins that currently live in captivity worldwide.

“I think the question of whether they should be in captivity is really important and we should be asking it at the moment,” Dr. Clegg told BBC News.

“And it has two elements: are the animals in good welfare? And what is their purpose? And we have to look deeper into the animals’ behavior to understand how they’re feeling.”

“But even if they are in good welfare, we need more research to ensure that their presence is really engaging people with conservation. If they’re just here for our entertainment, that can’t be justified.”

A series of experiments were conducted at a theme park with one of France’s largest dolphinariums called Parc Astérix, where the researchers studied the postures of the dolphins to help gain insight into their feelings.

The team analyzed the emotions of the dolphins during three trials that involved a trainer playing with them, the dolphins entertaining themselves, and the introduction of new toys to the dolphins.

“We found a really interesting result – all dolphins look forward most to interacting with a familiar human,” said Dr. Clegg. The animals were observed frequently jumping up over the surface of the water, excitedly anticipating the return their trainers – with their heads pointed in the direction toward where the trainers emerged.

Birgitta Mercera is the director of the Parc Astérix Dolphinarium. She summed it up by saying: “I think that wild dolphins are happier in the wild, and captive-born dolphins are much happier in captivity.”

The study is published in the journal Applied Animal Behaviour Science.