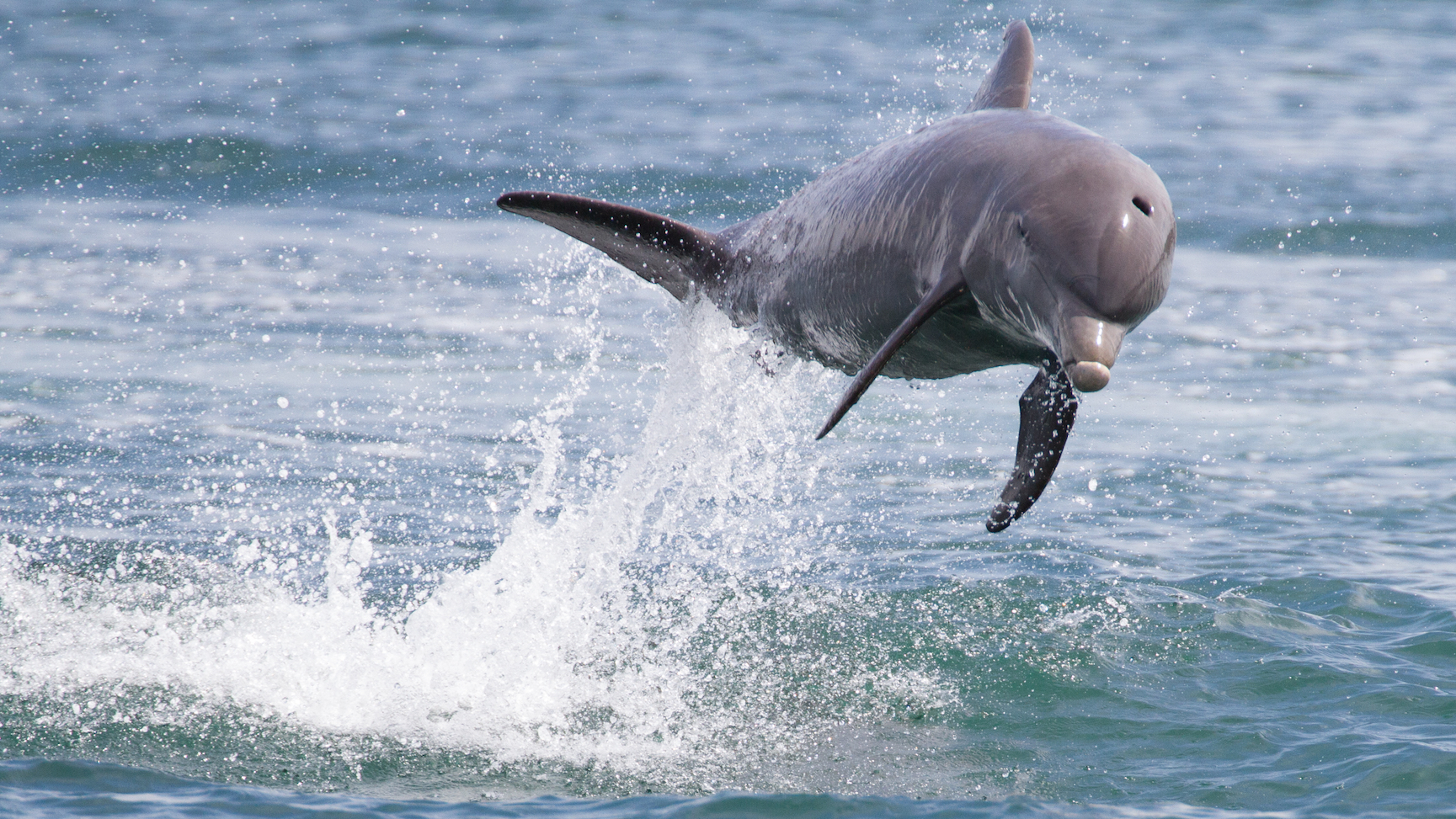 Experts are reporting that bottlenose dolphins in the Bocas Del Toro Archipelago of Panama should be designated as endangered. Biologists have discovered that these dolphins, whose population is now only around 80, do not interbreed with other Caribbean bottlenose dolphins. Their long-term survival is also threatened by increasing local boat traffic, according to the researchers.

On the International Union for Conservation of Nature’s Red List of Threatened Species, the bottlenose dolphin is of “least concern.” This designation fails to represent the risk faced by the Bocas dolphin population, which the study suggests was founded by a small dolphin family a few thousand years ago.

An investigation by biologists at the Smithsonian Tropical Research Institute (STRI) revealed that the dolphins of Bocas have no interaction with the nearest dolphin population, which is 22 miles away in Costa Rica. The researchers have determined that the small Bocas dolphin population should be of great conservation concern.

“Our results indicate that the population of dolphins in Bocas Del Toro is genetically isolated from other populations in the Caribbean, and given the high impact of boat traffic on the animals, we suggest that its conservation status be changed, at least at a local level,” said lead author Dalia C. Barragán-Barrera. “Conservation priorities are largely dependent on the IUCN conservation status of the species.”

For the study, the research team sampled skin from 25 dolphins. The results showed the dolphins all shared sets of genes inherited from a single mother, which is known as a haplotype. The researchers did not find this haplotype in any other Caribbean dolphins, indicating that the population has long been isolated.

Laura May-Collado from the University of Vermont began studying Bocas dolphins in 2004 during her doctoral research. In the years since, her research team has seen a huge spike in dolphin-watching. Between November and March, dolphins interact with as many as 100 tourism boats per hour.

The team has examined how humans impact the dolphins, and their work demonstrates how boat noise affects dolphin communication. They have also documented injuries and deaths caused by boat strikes and entanglements with fishing nets. The researchers explained that their investigation has led to some positive changes.

“Because of the pressure of the dolphin-watching industry on this population and the impending threats to the dolphins, the International Whaling Commission made four recommendations to the government of Panama to develop strategies to protect this population,” the researchers said. “Despite these recommendations, dolphin-watching industry continues to grow and impact the dolphins of Bocas Del Toro.”