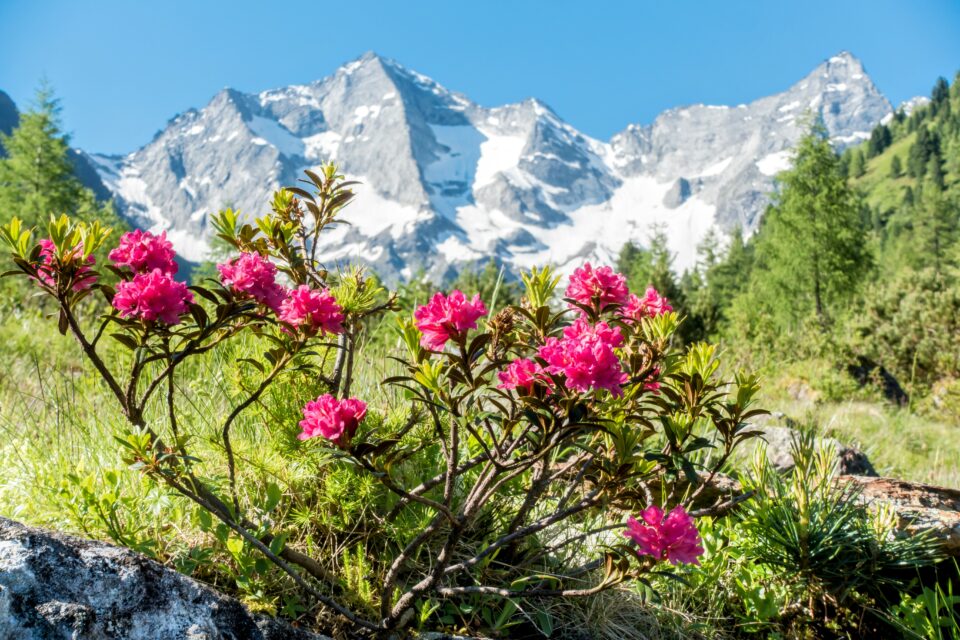 Caterpillars spotted for the first time on alpine rose leaves

A collaborative team of scientists from Austria and Switzerland made a chance discovery of the alpine rose leaf miner – a moth that specializes on eating a notoriously inedible plant.

Because the beautifully red-flowered alpine rose is known to be poisonous and avoided by butterflies and moths, it was pure coincidence that the scientists stopped to rest near the plant. The researchers were surprised to see the plant covered in caterpillars hungrily munching on it.

“The accidental sighting of the first caterpillar in an alpine rose leaf was an absolute adrenaline rush, it was immediately clear that this must be an extraordinary species,” said Peter Huemer, who heads the Natural Sciences Department of Tyrolean State Museums.

After carefully examining both the morphology of the moths (after the caterpillars had pupated) and their DNA, the scientists concluded that it was in fact the swamp porst leaf-miner butterfly Lyonetia ledi – a widespread species.

As the name suggests, the caterpillars of the leaf-miners dig inside of leaves and eat from the inside until they’re ready to pupate.

The scientists hypothesize that the alpine rose once lived in the same environment as swamp porst and gagel bush during glaciation. As climate changed, the caterpillars may have switched their host plants and the two diverged, leading to different populations in different habitats.

The study is published in the journal Alpine Entomology.