Why do cats eat grass if it makes them sick? • Earth.com 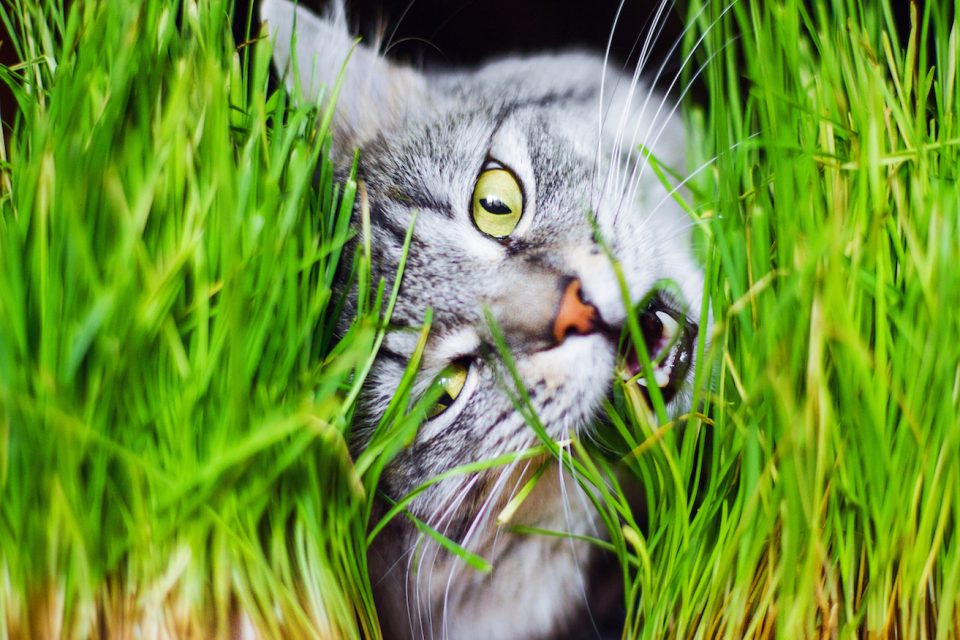 Why do cats eat grass if it makes them sick?

For cats, eating grass is a behavior held over from earlier generations, according to a new study.

Eating grass can make our four-legged friends throw up. Even though cats don’t need to purge thanks to modern veterinary care, early on in their evolution, this was a necessary measure to help prevent intestinal parasites.

The cat’s ancestors used grass to help get rid of parasites contracted from eating infected rodents.

Researchers from the University of California School of Veterinary Medicine conducted the study and surveyed 1,021 cat owners.

The survey was taken online, and the participants observed their cat’s eating habits for at least three hours a day.

While a majority of the cats, 71 percent, did eat grass at one point or another, nearly 91 percent didn’t throw up after. It appeared that the cats ate grass because they wanted to, not because they were feeling unwell.

In other words, it may simply be an instinctive behavior.

For your pet cat, eating grass is likely just a normal part of their routine, like grooming themselves or scratching on a scratching post.

An earlier 2008 study found that the same was true for dogs who ate grass. While eating grass can induce vomiting, researchers Benjamin Hart found that dogs often ate grass regardless of how they felt.

The findings were published in the journal Science and presented at the annual meeting of the International Society for Applied Ethology in Norway.