Centuries of human activities have taken a toll on Neotropical mammals • Earth.com 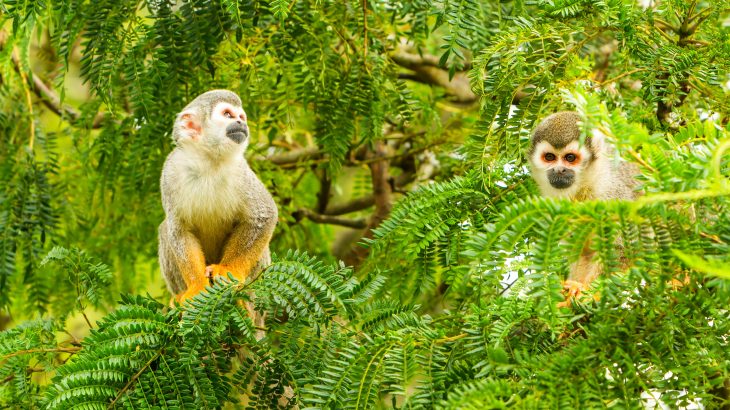 Centuries of human activities have taken a toll on Neotropical mammals

A new study from the University of East Anglia has exposed the shocking impacts of human disturbances in the Neotropics over the last 500 years. More than half of all medium and large Neotropical mammals have vanished since the region was first colonized in the 1500s.

The researchers determined that the overwhelming decline in Neotropical mammal diversity is tied to human activities such as overhunting and land use changes associated with agriculture and development.

The Neotropical region is made up of Central and South America, including the Caribbean. The investigation was focused on animal surveys conducted over the past 30 years at more than 1,000 Neotropical study sites. This information was compared with baseline data going back to the Colonial era.

The findings draw on a collection of 1,029 mammal assemblages, in which species typically co-existed a few kilometers from each other, across 23 countries in the Neotropics.

The study produced clear evidence that human activities and disturbances are the primary cause of local species extinctions. Major land use changes associated with farming, logging, and fires have devastated many habitats, and these impacts are worsened by overhunting.

“Our findings can be used to inform international conservation policies to prevent further erosion of, or restore, native biodiversity,” said study co-lead author Dr. Juliano André Bogoni. “Further conservation efforts should be mobilized to prevent the most faunally-intact biomes, such as Amazonia and the Pantanal wetlands, from following in the footsteps of ’empty ecosystems’ that are now typical of historically degraded areas such as the Brazilian Atlantic Forest and the Caatinga.”

“This includes effective implementation and law enforcement in existing protected areas, and curbing political pressures to either downgrade or downsize these areas. Greater investment should be allocated to more effective control of illegal hunting, particularly commercial hunting, deforestation, and anthropogenic fires, as well as ensure that fully implemented protected areas are working.”

The team analyzed local losses of 165 species of medium to large-bodied mammals that had been surveyed across the Neotropics. On average more than 56 percent of the local wildlife within mammal assemblages across the Neotropics had been wiped out. The lowland tapir and white-lipped peccary suffered the most losses.

“Sound resource management should be sensitive to the socioeconomic context, while recruiting rather than antagonizing potential local alliances who can effectively fill the institutional void in low-governance regions,” said study co-lead author Professor Carlos Peres.

“Hominins and other mammals have co-existed since the earliest Paleolithic hunters wielding stone tools some three million years ago. Over this long timescale biodiversity losses have only recently accelerated to breakneck speeds since the industrial revolution.”

“Let us make sure that this relentless wave of local extinctions is rapidly decelerated, or else the prospects for Neotropical mammals and other vertebrates will look increasingly bleak.”

The study is published in the journal Scientific Reports .