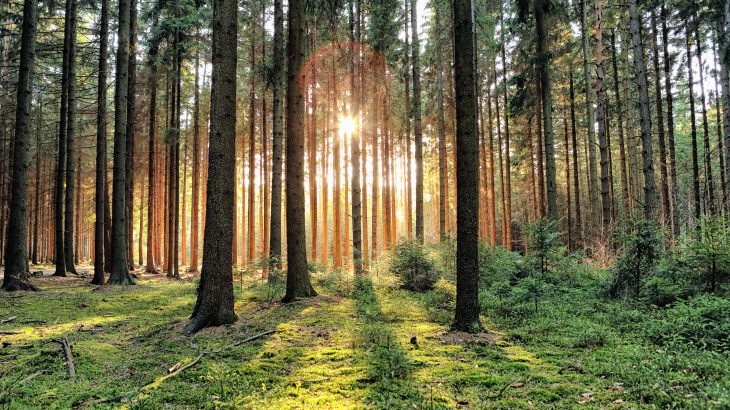 Deforestation, palm oil plantations, and forest conversion have been linked to an increasing number of infectious disease outbreaks.

The research, published by Frontiers, is the first of its kind to analyze how changes in forest cover may contribute to diseases carried by mosquitoes, ticks, and other vectors, as well as to infections that can jump from animals to humans like COVID-19.

Study lead author Dr. Serge Morand is a scientist at CNRS, the French Agricultural Research Centre for International Development (CIRAD), and at Kasetsart University in Thailand.

“We don’t yet know the precise ecological mechanisms at play, but we hypothesize that plantations, such as oil palm, develop at the expense of natural wooded areas, and reforestation is mainly monospecific forest made at the expense of grasslands,” said Dr. Morand. “Both land use changes are characterized by loss of biodiversity and these simplified habitats favor animal reservoirs and vectors of diseases.”

Deforestation is damaging to biodiversity and human health, and accelerates climate change. In Brazil, deforestation has already been linked to outbreaks of malaria, yet the global impacts of forest cover changes on human health have not been well-studied.

To investigate, the researchers analyzed changes in forest cover around the world between 1990 and 2016. They looked at deforestation, but also reforestation and afforestation, which includes the conversion of natural grasslands and the abandonment of agricultural land.

The experts compared their results to the local population densities and outbreaks of vector-borne and zoonotic diseases.

The study confirmed that both deforestation and afforestation were significantly correlated with disease outbreaks. There was a strong association between deforestation and epidemics like malaria and Ebola in Brazil, Peru, Bolivia, the Democratic Republic of Congo, and other tropical countries.

By contrast, temperate regions like the United States, China, and Europe showed clear links between afforestation and vector-borne diseases like Lyme disease.

In particular, the experts found a significant increase in disease outbreaks in countries with expanding palm oil plantations. The effects were even more pronounced in countries like China and Thailand that are susceptible to mosquito-borne diseases such as dengue, zika, and yellow fever.

“We hope that these results will help policymakers recognize that forests contribute to a healthy planet and people, and that governing bodies need to avoid afforestation and agricultural conversion of grasslands,” said Dr. Morand.

“We’d also like to encourage research into how healthy forests regulate diseases, which may help better manage forested and planted areas by considering their multidimensional values for local communities, conservation and mitigation of climate change.”

The study is published in the journal Frontiers in Veterinary Science.