Scientists tackle the changing weight of a kilogram • Earth.com 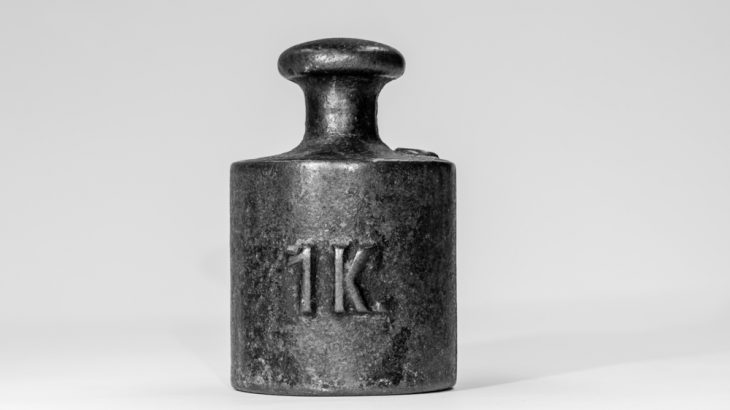 Scientists tackle the changing weight of a kilogram

People around the world are abuzz with an esoteric topic this week: the changing weight of a kilogram.

It’s not that the actual weight is going to change, exactly. It’s that it already has.

For more than a century, a platinum iridium cylinder has been stored in a locked vault at the International Bureau of Weights and Measures, based in Sevres, France. Called “Le Grand K,” the cylinder has defined a kilogram – it weighed a kilogram no matter what, and a kilogram was equal to whatever Le Grand K weighed.

The problem with basing a measure on a physical object, however, is that its mass will eventually change. Le Grand K’s changing weight first came to light in the 1980s, when an examination of the cylinder found it weighed several micrograms less than it should have. That can be a real problem in exacting fields like pharmacology and aerospace engineering.

“A material object will not be for all time,” Dr. Stephan Schlamminger of the National Institute of Standards and Technology told National Geographic.

To deal with the changing weight of a kilogram, a team of scientists from more than 60 nations around the world decided on Friday to tie the weight to Planck’s constant, a formula that defines the smallest unit of energy. Thanks to Albert Einstein’s discovery that mass and energy are related, quantum physicist Max Planck was able to create a formula to describe energy.

Unlike the cylinder previously used, Planck’s constant – as the name implies – never changes.

“In a physics sense, we’re really chasing perfection here,” Dr. Jon Pratt of NIST, who helped lead the effort to deal with the kilogram’s changing weight, told the Washington Post. “We really need things to behave just as their idealized versions.”

Pratt and his team helped to calculate Planck’s constant in a way that met the exacting standards of the BIPM.

The change was accepted at the General Conference on Weights and Measures on Friday.