Charcoal left behind by wildfires speed up carbon emissions • Earth.com 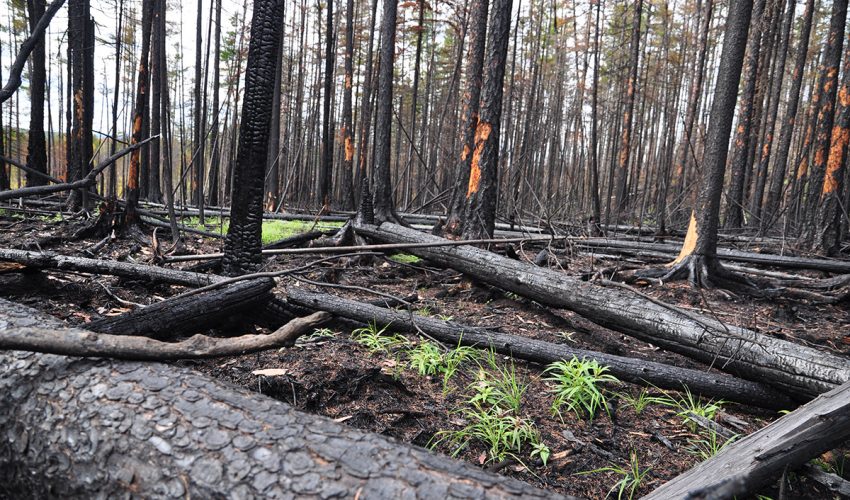 Charcoal left behind by wildfires speed up carbon emissions

Even though the five-year drought that plagued California has technically ended, wildfires ravaged the state in December, leaving behind massive burn scars.

North America recently experienced an uptick in forest fires, as has parts of Russia, which have been linked to both global warming and human activities.

Forest fires cause habitat degradation, a shortage of resources, and can cost billions in damages. Wildfires also release large amounts of carbon emissions into the atmosphere.

Boreal forests act as a carbon sink, absorbing carbon dioxide from the atmosphere. The roots, leaves, stems, and branches soak up carbon and help store it. But when a wildfire removes hundreds of acres of trees, the previously stored carbon is released.

Now, researchers from the Russian Academy of Science and Hokkaido University have found that charcoal remains left behind after a fire increased decomposition of organic matter and sped up carbon release.

The researchers performed field litterbag experiments, where organic matter is put in a bag and left in the open for a period of time in order to measure decomposition.

The researchers incubated fine larch tree roots and soil in bags with different concentrations of charcoal in the soil and left them for 515 days.

This means that forest fires, which leave charcoal remains in their wake, add even more carbon emissions than previously realized.

“Our study has provided the first field evidence that fire-derived charcoal might accelerate the decomposition of fine larch roots and consequently CO2 emissions from boreal forest,” said  Makoto Kobayashi, a co-author of the study.

The results of the study are useful for future predictions of accurate C02 emissions from wildfires.