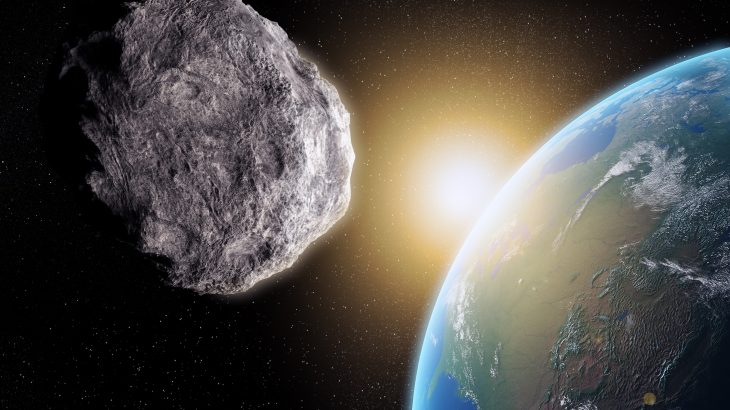 The Chicxulub asteroid that crashed into the Earth 66 million years ago struck the planet at the deadliest possible angle, according to a new study from Imperial College London.

Simulations of the event show that the asteroid hit at an angle of about 60 degrees. This trajectory maximized the amount of sulphur and other hazardous gases that were released into the upper atmosphere.

The researchers estimated that at an angle of 60 degrees, the asteroid impact would have stirred up billions of tons of sulphur.

The enormous gas cloud completely blocked out the sun, which gave rise to the nuclear winter that killed 75 percent of life on Earth, including the dinosaurs.

“For the dinosaurs, the worst-case scenario is exactly what happened. The asteroid strike unleashed an incredible amount of climate-changing gases into the atmosphere, triggering a chain of events that led to the extinction of the dinosaurs. This was likely worsened by the fact that it struck at one of the deadliest possible angles,” explained lead researcher Professor Gareth Collins.

“Our simulations provide compelling evidence that the asteroid struck at a steep angle, perhaps 60 degrees above the horizon, and approached its target from the north-east.”

“We know that this was among the worst-case scenarios for the lethality on impact, because it put more hazardous debris into the upper atmosphere and scattered it everywhere – the very thing that led to a nuclear winter.”

The Imperial team created the first-ever 3D models to reproduce the entire event, from the asteroid’s initial impact to the final stage of the Chicxulub crater formation.

Located in present-day Mexico, the Chicxulub crater is surrounded by porous carbonate and evaporite rocks. When disturbed by the asteroid impact, these rocks released massive amounts of carbon dioxide, sulphur, and water vapor into the air.

The researchers analyzed the shape and structure of the 125-mile-wide Chicxulub crater and used this geophysical data in their simulations to help calculate the angle at which the asteroid struck.

“Despite being buried beneath nearly a kilometer of sedimentary rocks, it is remarkable that geophysical data reveals so much about the crater structure – enough to describe the direction and angle of the impact,” said study co-author Dr. Auriol Rae of the University of Freiburg.

The researchers noted that while the study provides important insights into the Chicxulub impact, it also helps us understand how large craters form on other planets.

“Large craters like Chicxulub are formed in a matter of minutes, and involve a spectacular rebound of rock beneath the crater. Our findings could help advance our understanding of how this rebound can be used to diagnose details of the impacting asteroid,” said study co-author Dr Thomas Davison.