Dust from an asteroid collision in space caused an ancient ice age on Earth • Earth.com 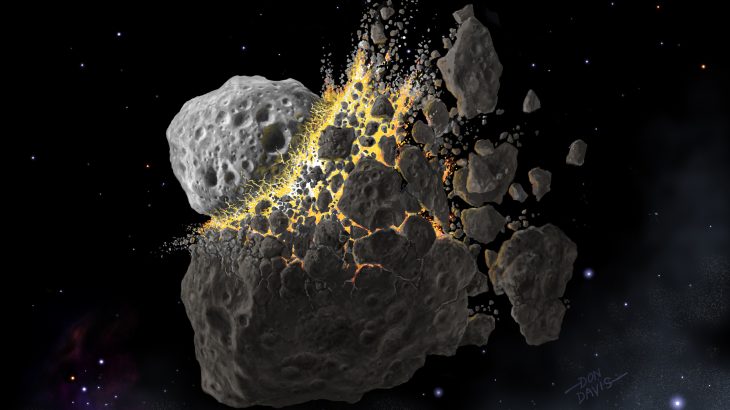 Dust from an asteroid collision that rained down on Earth over two million years correlates with an ancient ice age, the cause of which was unknown until now.

446 million years ago, the Earth experienced a period of global cooling. The poles started to freeze, and life flourished as evolving species adapted to the gradually decreasing temperatures.

For the first time, researchers from the Field Museum and Lund University in Sweden have discovered what triggered this ice age. The culprit was dust from a 93-mile wide asteroid between Mars and Jupiter that broke apart around the same time as temperatures started dropping.

Dust from outer space is continuously finding its way to Earth, but in such small quantities that there is little impact on the planet’s climate systems. 446 million years ago, though, it was a different story.

“Normally, Earth gains about 40,000 tons of extraterrestrial material every year,” said Philipp Heck, a member of the research team. “Imagine multiplying that by a factor of a thousand or ten thousand. Our hypothesis is that the large amounts of extraterrestrial dust over a timeframe of at least two million years played an important role in changing the climate on Earth, contributing to cooling.”

The researchers analyzed space dust in ancient rocks. First, the rocks were treated with an acid that disolved away the rock but left behind the important extraterrestrial matter for analysis.

The researchers were able to link global cooling millions of years ago to an increase in extraterrestrial dust in the atmosphere, which filtered out sunlight.

The period of cooling was dramatic but gradual, slow enough that species could adapt and thrive.

The researchers are careful to highlight the differences between climate change today and the ice age 446 million years ago. Plans to artificially cool the planet by mimicking the same conditions that cooled Earth millions of years ago should be considered carefully.

A study detailing the findings was published in the journal Science Advances.