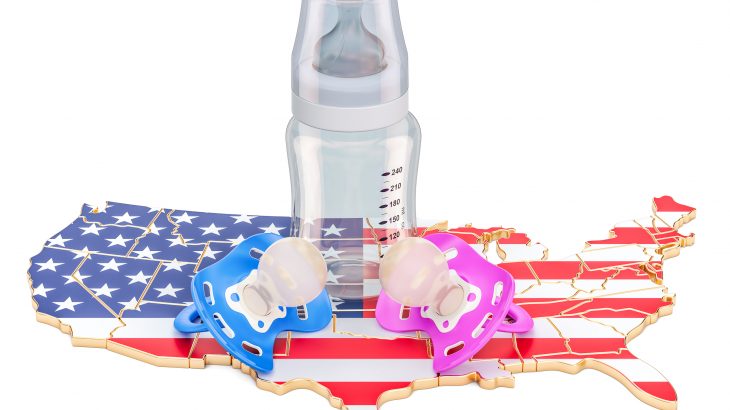 According to a new study conducted by the University of Washington’s Institute for Health Metrics and Evaluation (IHME), 91 nations are not birthing enough children to keep up with their populations, whereas 104 nations are birthing at an increased rate.

Since 1950, total fertility rates (TFR), the average number of children a woman can deliver in her lifetime, have dropped. Even so, current TFR reports show that some nations are having a “baby boom” whereas others are experiencing a “baby bust,” as Dr. Christopher Murray, Director of the IHME, stated.

He continued, “The lower rates of women’s fertility clearly reflect not only access to and availability of reproductive health services, but also many women choosing to delay or forgo giving birth, as well as having more opportunities for education and employment.”

The study’s findings appear in the annual Global Burden of Disease (GBD) study, published on November 8th in the international medical journal The Lancet. This is the first instance where the GBD has produced its own population and fertility estimates, which show that global population has increased 197% since 1950.

“Although total fertility rates are decreasing, the global population continues to grow as death rates decline and because of population ‘momentum’ in previous decades,” Dr. Murray said.

In 2017, Cyprus was the lowest ranked country in regards to TFR. On average, women in Cyprus only birthed one child in their lifetime. However, in Niger, women would give birth to an average seven children. Other African countries, like Chad, Mali, and South Sudan, also ranked high in TFR, yet low in population. Countries with low birth rates, and higher populations, included Spain, Singapore, Portugal, South Korea, and Norway.

Keeping tabs on TFR throughout the world can aid experts in monitoring their economic and social growth.