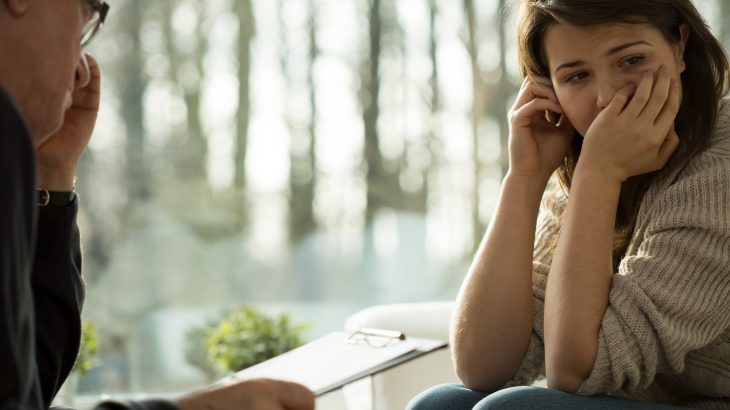 Psychotic experiences (or psychosis) can include everything from having hallucinations, strange beliefs, or hearing sounds that aren’t there.

These episodes can be triggered by both physical and mental illness and are commonly associated with schizophrenia and bipolar disorder, but research has also shown that stress or extreme trauma can cause psychosis.

Now, researchers from the University of Bristol have discovered a link between childhood trauma and psychotic experiences as an adult.

The findings were published in the journal JAMA Psychiatry, and the study is the first ever to examine correlations between childhood trauma and psychosis using a population study.

“As around five per cent of the population have psychotic experiences at some point in their life, and these often lead to further mental health issues, it is important that we understand more about the role trauma has in increasing this risk,” said Jazz Croft, the lead author of the study.

Data from the Bristol Children of the 90’s study, also known as the Avon Longitudinal Study of Parents and Children (ALSPAC), were used in the research.

The team reviewed clinical interviews as well as clinic visits to see if there were any connections between psychotic experiences and early childhood events.

“I wanted to look at traumatic experiences during childhood using Children of the 90s data because it allowed us to answer questions about the timing and type of trauma that previous studies have not been able to examine comprehensively,” said Croft.

The researchers found that between 25 and 60 percent of the people who reported having a psychotic experience would likely not have had developed psychosis if they hadn’t experienced trauma as a childhood.

Even after accounting for risk factors and socio-economic status, the results were consistent.

“The findings support that routine screening for psychotic experiences in children or young people exposed to trauma, particularly those exposed to frequent occurrences, should be considered as a way of preventing later mental health problems. Understanding how trauma leads to psychotic experiences could lead to the development of more novel treatments for psychosis,” said Croft.