Chimpanzees help us get to the bottom of face processing • Earth.com 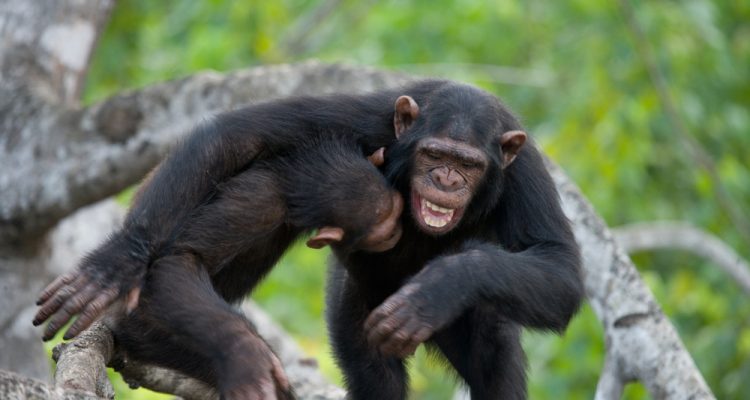 Chimpanzees help us get to the bottom of face processing

Chimpanzees appear to recognize rear ends with as much ease as faces, according to a new study on face processing among the primates.

Face processing is a brain shortcut that allows humans to recognize and process faces more quickly than other objects – as long as they are upright.

This varies from other objects, which humans recognize in about the same amount of time regardless of their orientation.

Chimps also place some importance on faces, but scientists were aware that buttocks also played a role in how they recognize each other, as well as attraction between males and females.

So Dr. Mariska Kent of Leiden University set out to see if chimpanzees have the same processing “shortcut” for butts that humans do for faces.

The study found that humans recognize and are able to match upright faces faster than other body parts, both with and without color.

Chimps showed some interesting results, however. In color, they were able to process upright images of chimpanzee buttocks faster than faces or feet. However, when the color was removed, their facial processing skills improved.

According to Kret, this indicates that buttocks play a large role in chimpanzee socialization, but especially in sexual attraction. When female chimps are in the fertile part of their menstrual cycle, areas of their buttocks turn dark pink, which may explain why, in color images, chimps are better at recognizing individual pairs of buttocks.

This could be why chimpanzees evolved to have bare behinds, with little hair growing on them, as well as why primate eyes in general are good at spotting the color red, Kret said.

The study was published in the November 30 issue of the journal PLOS ONE.