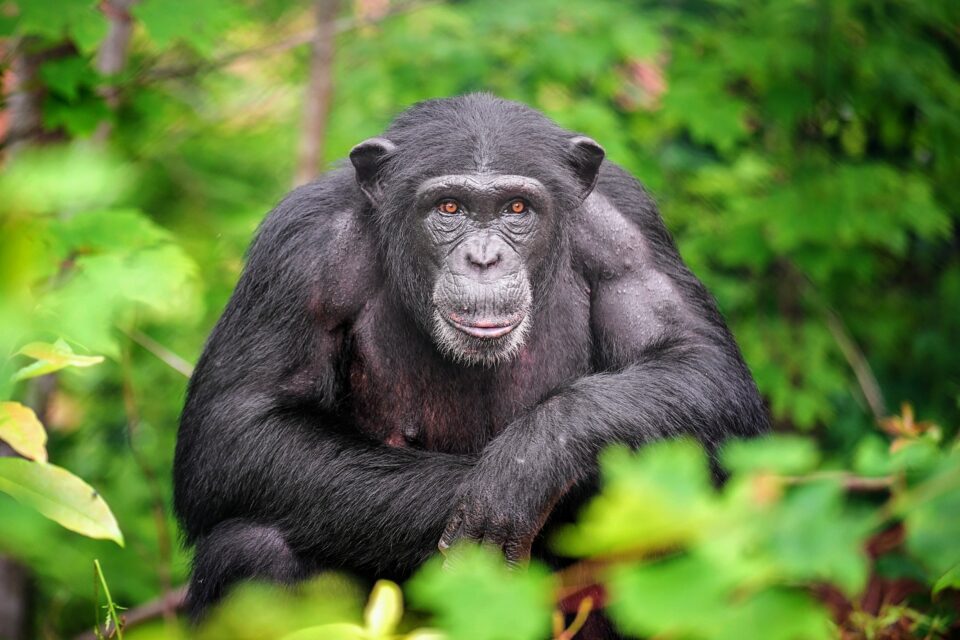 Humans have a highly complex culture that enables them to transmit knowledge and learn various types of behaviors from others. Thus, since skills and technologies tend to accumulate over generations and become increasingly intricate and efficient, human culture can be described as cumulative.

Until recently, scientists thought that non-human primates are very different and need to reinvent cultural behaviors individually. However, new field research led by the University of Zurich has found that chimpanzees may be more similar to humans than previously thought in terms of their ability of transmitting and learning cultural behaviors.

To explore this problem, a team of primatologists carried out a series of field experiments in the Nimba Mountains of Guinea in order to assess whether chimps can invent by themselves a complex behavior such as nut cracking independently.

First, the chimps were shown oil palm nuts and stones. Next, the scientists added a palm fruit to the experimental setup. Afterwards, the nuts were cracked open and placed above the stones. And finally, the chimps were presented with another, easier-to-crack type of nuts (Coula) together with stones.

A total of 35 chimpanzee groups visited the experiments, of which 11 parties investigated closely and attentively the experimental items. However, even after years of exposure to these materials, the chimpanzees were unable to learn how to use the stones in order to crack nuts, no matter how much interest they shown in investigating the experimental items. These results suggest that, without a model to teach them how to open the nuts, the chimps are unable to learn by themselves such behaviors.

“Our findings suggest that chimpanzees acquire cultural behaviors more like humans and do not simply invent a complex tool use behavior like nut cracking on their own,” said study lead author Kathelijne Koops, a professor of Anthropology at the University of Zurich.

“Our findings on wild chimpanzees, our closest living relatives, help to shed light on what it is (and isn’t!) that makes human culture unique. Specifically, they suggest greater continuity between chimpanzee and human cultural evolution than is normally assumed and that the human capacity for cumulative culture may have a shared evolutionary origin with chimpanzees,” she concluded.