When chimps want to start a family, opposites attract • Earth.com 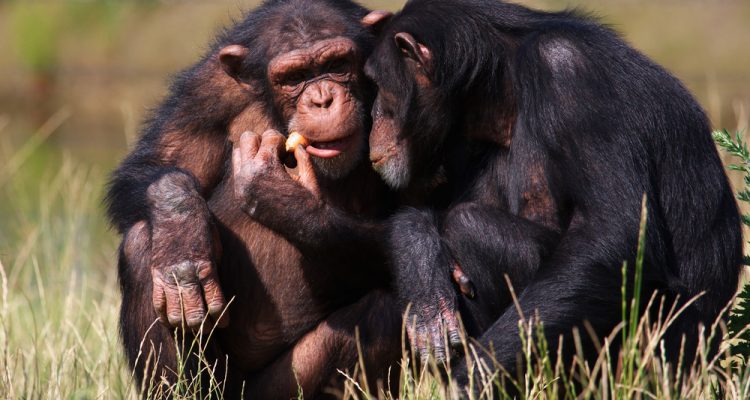 When chimps want to start a family, opposites attract

Chimps enjoy their casual flings, but when it’s time to settle down, they don’t want just any mate. Opposites attract, scientists said.

Researchers at Gombe National Park in Tanzania have found that when it comes time to have babies, chimps want a mate who is as genetically different from themselves as possible.

The researchers ran DNA tests of feces from 150 chimpanzees to see how similar each male-female pair was. Not that similar, they found out.

While most wild animals appear to avoid breeding with close relatives, chimps take it a step farther.

They avoid not only their siblings and close cousins, but also strangers who are genetically similar, the researchers said.

The scientists aren’t sure yet how the chimps can tell. They think the primates may base their choices on appearance, smell, and the sounds they make, and how different they are from each other.

“Our results suggest that, as expected for a slowly reproducing species in which females invest heavily in each offspring and sometimes reside with close relatives, several mechanisms promote inbreeding avoidance and mate choice in chimpanzees,” they wrote in their study.

In other words, it’s quite literally a case of opposites attract.

The drive behind their choices may be a phenomenon called “inbreeding depression,” the scientists said.

In the rare cases where a chimpanzee does mate with a parent, sibling, or other close relative, the babies are less likely to survive to adulthood, the scientists said. That’s because inbreeding can allow recessive genes to be expressed, leading to health problems.

Usually, this is avoided by female chimps moving out of their family group once they reach their teen years.

But even among a new group of chimps she hasn’t met before, a female chimp is more likely to choose a genetically different mate, the scientists said. When tested, female chimpanzees who had migrated to a new group often had more genetic differences with their chosen mate than with other males in the group, they said.

The study was published in the journal Royal Society Open Science.