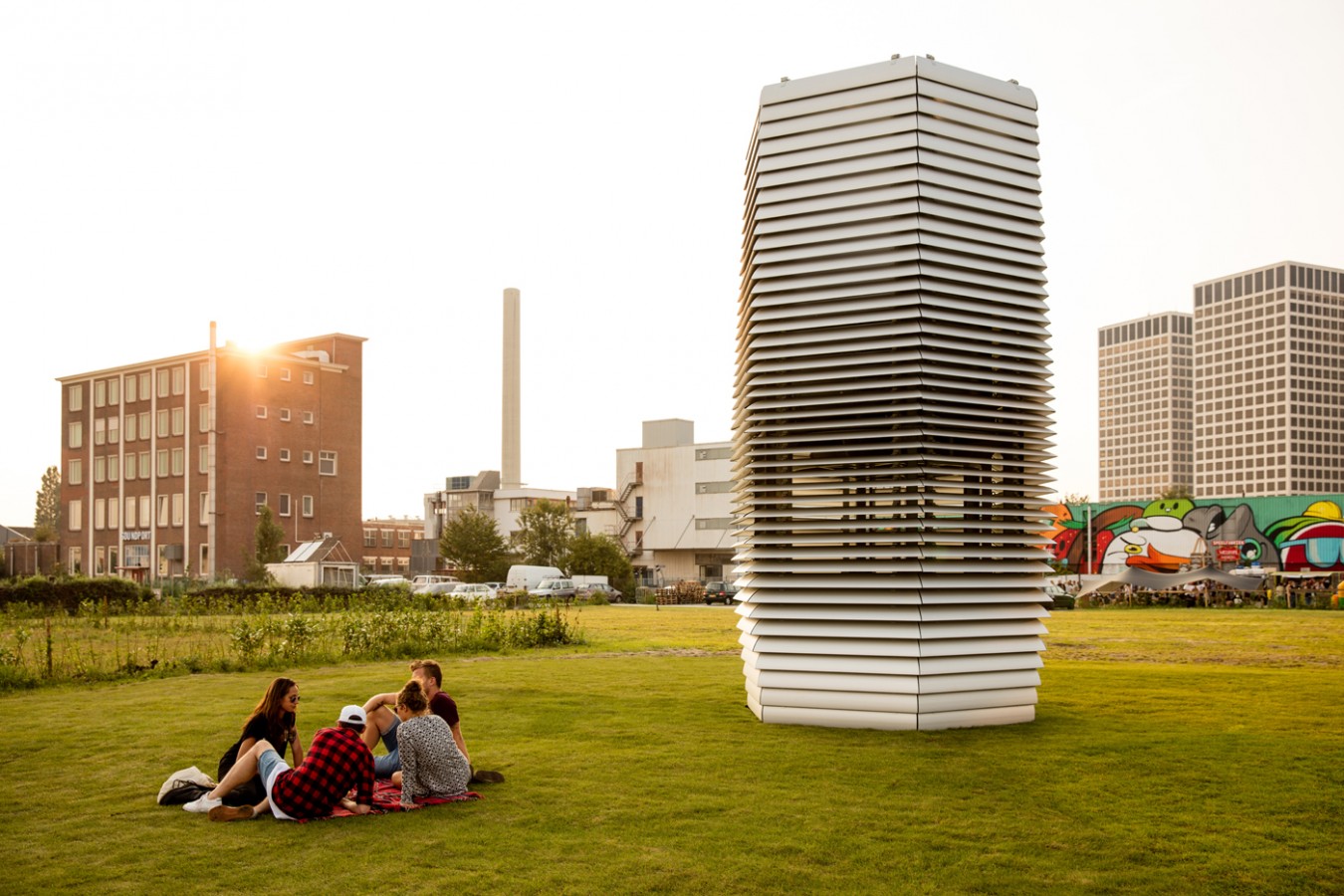 In a city where smog routinely blankets the streets, a Dutch artist has offered an eccentric solution: a 7-meter (23-foot) metal structure that takes in smog and expels cleaner air.

“That is not noise!” Roosegaarde told a visitor standing next to the tower. “That is the beautiful sound of clean air moving toward you!”

There’s hardly a more scarce resource than clean air in Beijing on a high-pollution day, particularly in wintertime when the region’s coal-fired electrical plants are running at full capacity. The levels of dust and harmful particles in Beijing’s air are among the highest in the world.

Government researchers have linked the pollution to higher rates of lung cancer and on particularly bad days, schools keep children inside during playtimes and many pedestrians don masks designed for hospitals or construction zones.

Roosegaarde, whose projects focus on connecting people with nature and energy, came up with the idea for the tower after a visit to Beijing three years ago during which he saw the view outside his window blocked by the thick gray haze.

“I couldn’t even see the next street,” he said. “That image changed me.” 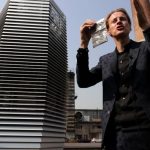 At his studio in the Netherlands, Roosegaarde and a team of designers began working on a project that would respond to Beijing’s pollution and highlight the benefits of fighting it, in however limited a way. They raised more than $120,000 online to help pay for the tower by selling metal rings with a clear cube that includes a bit of black carbon from smog.

The tower began running in Beijing one week ahead of its formal unveiling. The tower will also be shown in other Chinese cities, including the central city of Hebei and the southern commercial center of Shenzhen.

Roosegaarde wants to eventually build more towers, perhaps with funding from the Chinese government, which has publicly made reducing pollution a priority.

He also said he hopes the tower will inspire creative thinking and innovation among people in China and other countries that are grappling with heavy pollution. He’s planning to meet with inventors of projects like a bicycle that purifies air as it is pedaled.

“We shouldn’t wait for the government to tell us what to do,” he said. “I want to start a movement, a community, which does not accept pollution anymore. We should use the energy of creative thinking to create cities where ultimately in 10-15 years, these beauties are not necessary anymore.”

The tower was unveiled on a relatively good day by Beijing standards, with a bright sky and a cool early fall breeze. Standing next to dignitaries with red roses pinned to their lapels, Roosegaarde used a remote control to raise part of the tower’s panels into the air to show the machine inside.

Whether the air was actually cleaner was hard to say. An unscientific test using a handheld monitoring device throughout the day showed the air next to the tower was slightly cleaner than further away.

The tower did draw visitors walking through the district who stopped to stare at it and take pictures.

Ma Zhongqing, an information technology worker, said she was reminded of a larger version of the air purifiers many Beijing residents keep running in their homes during winter.

Ma and others were cautiously optimistic that it would make a difference, albeit a small one.

“It being exhibited here makes people feel that they need to pay attention to this kind of thing,” Ma said. “But a lot of problems need to be solved while it’s being put into use.”