China to weaken its ban on the trade of rhino and tiger parts • Earth.com 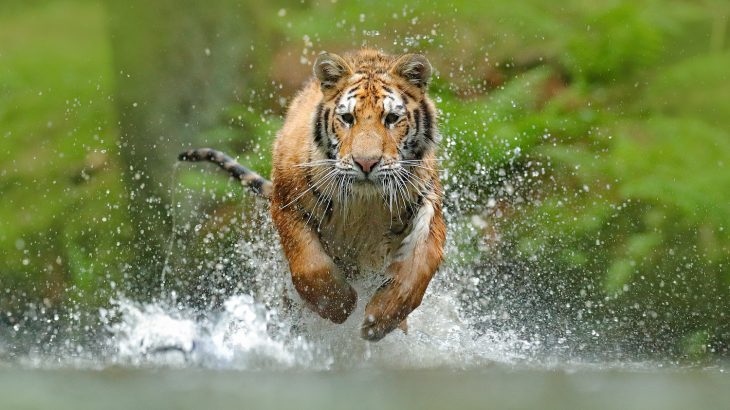 Earlier this week, China announced its decision to weaken a ban on the trade of rhino and tiger parts. Parts from the captive animals will now be legalized for specific scientific or medical uses.

According to the BBC, tiger bones and rhino horns are used in China to treat a variety of medical conditions – such as fever, gout, insomnia, and meningitis – despite the fact that there is no scientific evidence to prove that they are effective for these ailments.

Critics say that China’s new legislation will not be easy to enforce and that it will lead to an increase in illegal poaching.

Also this week, a major study by the World Wildlife Fund (WWF) has revealed that 60 percent of the world’s mammals, birds, fish, and reptiles have been wiped out since the 1970s as a result of human activities.

The WWF said in a statement that the move by China is an “enormous setback” to efforts to protect the animals.

“Even if restricted to antiques and use in hospitals, this trade would increase confusion by consumers and law enforcers as to which products are and are not legal, and would likely expand the markets for other tiger and rhino products,” the WWF said.

Kate Brooks is the director of a new documentary film, The Last Animals, which will be released in the United States next spring. The film is focused on the efforts of activists who are fighting to end poaching and protect the world’s remaining rhinos and elephants.

“Governments are increasingly acknowledging that there is a convergence between the criminal networks involved in wildlife trafficking, human trafficking, and drugs and weapons smuggling,” Brooks told Time.

“The poachers themselves are disposable foot soldiers. It’s hard not to feel compassion for them too, knowing they are being exploited. But they are going armed into protected spaces and killing people, as well as animals.”

Brooks said that poaching is primarily an issue of organized crime. According to Time, the illegal wildlife trade is worth $23 billion a year, and is responsible for the deaths of 7,000 rhinos and 200,000 elephants in the last decade.