Chinese Fritillaria plants have found a way to hide from humans • Earth.com 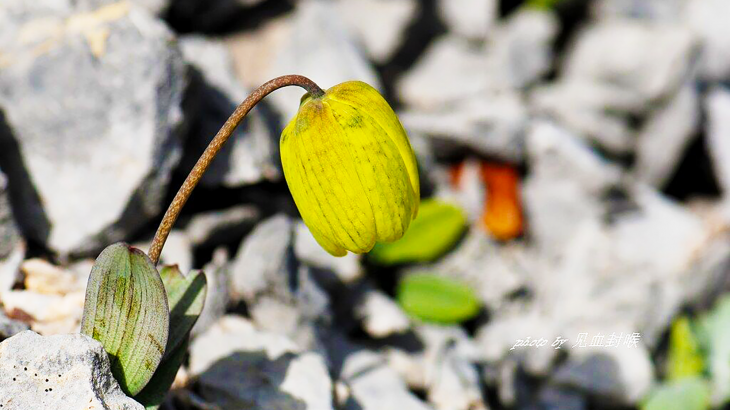 Ancient plants that grow on the slopes of China’s Hengduan mountains are trying to make themselves less visible to humans. Scientists at the University of Exeter have discovered that Fritillaria delavayi plants have evolved to match their surroundings in places where they are most frequently harvested.

The bulbs of Fritillaria delavayi and other fritillary species have been used in traditional Chinese medicine for more than 2,000 years. Fritillaria is primarily used to control coughing and to treat various lung conditions, such as asthma, bronchitis, and tuberculosis.

The leaves of Fritillaria delavayi have various colors that range from grey to brown to green at a young age. After the fifth year, the plant produces a single flower annually. The demand for fritillary bulbs and roots often exceeds the supply, and the plants have been increasingly harvested in recent years.

The new study suggests that harvesting by humans has driven the plants to try and hide from sight. It appears that humans are actually driving the evolution of Fritillaria delavayi, in particular. The experts report that new colors are emerging in these plants that offer better concealment and a greater chance of survival.

“It’s remarkable to see how humans can have such a direct and dramatic impact on the coloration of wild organisms, not just on their survival but on their evolution itself,” said study co-author Professor Martin Stevens.

“Many plants seem to use camouflage to hide from herbivores that may eat them – but here we see camouflage evolving in response to human collectors.”

“It’s possible that humans have driven evolution of defensive strategies in other plant species, but surprisingly little research has examined this.”

For the investigation, the researchers measured how closely plants from different populations matched their mountainous surroundings and how easy they were to collect. The experts also spoke to local residents to estimate how much harvesting typically takes place in each location.

The study revealed that the level of camouflage in the plants was clearly linked to the extent of harvesting . A computer experiment confirmed that the plants with more camouflage were more difficult for participants to detect.

“Like other camouflaged plants we have studied, we thought the evolution of camouflage of this fritillary had been driven by herbivores, but we didn’t find such animals. Then we realized humans could be the reason,” said Dr. Yang Niu.

“Commercial harvesting is a much stronger selection pressure than many pressures in nature,” added Professor Hang Sun. “The current biodiversity status on the Earth is shaped by both nature and by ourselves.”