Climate impact of airplane contrail clouds could triple in the next 30 years • Earth.com 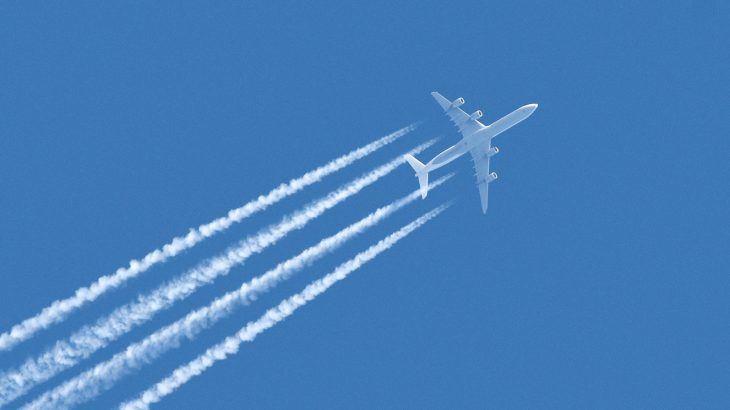 A trail of condensed water from an aircraft, or a contrail, often lingers in the atmosphere as a heat-trapping cloud called a contrail cirrus. Even though contrail cirrus clouds have contributed more to warming than all CO2 emitted by aircraft since the start of aviation, their impact on the climate has been largely overlooked.

A new study from the European Geosciences Union (EGU) has revealed that, as air traffic activity intensifies, the climate impact of contrail cirrus will triple by 2050 compared to 2006.

Contrail cirrus clouds creates an imbalance in the Earth’s radiation budget. This “radiative forcing” causes more energy to be radiated down onto the planet compared to the amount that is directed back into space, which causes temperatures to rise. In 2005, air traffic made up about 5 percent of all human-caused radiative forcing, with contrail cirrus being the largest contributor to the climate impact of aviation.

“It is important to recognize the significant impact of non-CO2 emissions, such as contrail cirrus, on climate and to take those effects into consideration when setting up emission trading systems or schemes like the Corsia agreement,” said Bock.

Corsia, the UN’s plan to offset air traffic carbon emissions after 2020, ignores the non-CO2 climate impacts of aviation. The results of the research, however, suggest that these impacts cannot be neglected.

The tripled impact of contrail cirrus radiative forcing will be due to air traffic growth, which is expected to be 4 times larger in 2050 compared to 2006. The climate effects will be stronger over the busiest air traffic areas including North America, Europe, and Asia.

“Contrail cirrus’ main impact is that of warming the higher atmosphere at air traffic levels and changing natural cloudiness. How large their impact is on surface temperature and possibly on precipitation due to the cloud modifications is unclear,” said study co-author Ulrike Burkhardt.

“There are still some uncertainties regarding the overall climate impact of contrail cirrus and in particular their impact on surface temperatures because contrail cirrus themselves and their effects on the surface are ongoing topics of research. But it’s clear they warm the atmosphere,” added Bock.

The study is published in the journal Atmospheric Chemistry and Physics.