Climate change is outpacing the ability of animals to adapt • Earth.com 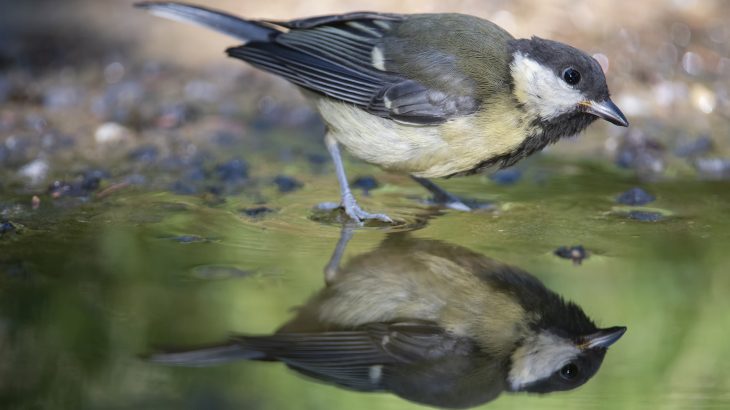 Climate change is outpacing the ability of animals to adapt

Climate change is outpacing the ability of animals to adapt. A team of international researchers led by Viktoriia Radchuk, Alexandre Courtiol, and Stephanie Kramer-Schadt from the Leibniz Institute for Zoo and Wildlife Research (Leibniz-IZW), evaluated how effectively animals can react, and already have reacted, to their changing environments. They found that although animals do often adapt to their changing habitat, climate change is currently happening at such a pace that it’s difficult for the animals to keep up.

The most common reaction to climate change observed is the alteration of the timing of biological events (also called phenological traits) like hibernation, reproduction, or migration, as Radchuk and colleagues observed in birds. Changes in body size, mass, or other morphological traits are also associated with climate change, however, these traits show no systematic pattern.

For their study, published in Nature Communications, the researchers linked relevant information from scientific literature to changes in climate throughout the years and potential changes in both phenological and morphological traits. They then evaluated whether observed trait changes were connected to higher survival rates or an increased number of offspring.

“Our research focused on birds because complete data on other groups were scarce,” said Radchuk. “We demonstrate that in temperate regions, the rising temperatures are associated with the shift of the timing of biological events to earlier dates.”

“This suggests that species could stay in their warming habitat, as long as they change fast enough to cope with climate change,” said co-author Steven Beissinger, a professor at the University of California, Berkeley.

But, “This is unlikely to be the case because even populations undergoing adaptive change do so at a pace that does not guarantee their persistence,” said senior author Alexandre Courtiol (Leibniz-IZW).

“These results were obtained by comparing the observed response to climate change with the one expected if a population would be able to adjust their traits so to track the climate change perfectly,” said co-author Thomas Reed, a senior lecturer at University College Cork.

To make matters worse, the data analyzed predominantly included common and abundant bird species, all of which are known to deal with climate change fairly well.

“Adaptive responses among rare or endangered species remain to be analysed,” said Stephanie Kramer-Schadt, Head of the Department of Ecological Dynamics, Leibniz-IZW. “We fear that the forecasts of population persistence for such species of conservation concern will be even more pessimistic.”

The hope is that this new analysis will encourage more research on the resilience of animal populations and lead to a better predictive framework that can help future animal conservation.