As climate change intensifies, the risk of armed conflict will increase • Earth.com 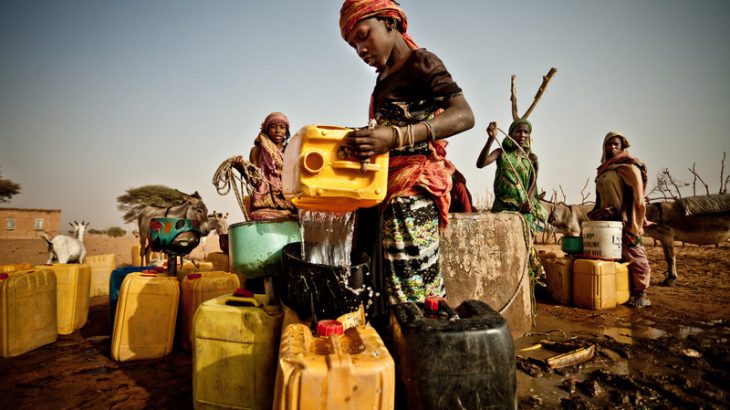 As climate change intensifies, the risk of armed conflict will increase

A study led by Stanford University has found that the risk of violent armed conflict within countries will increase as climate change intensifies. The researchers estimate that over the last century, climate has influenced up to 20 percent of armed conflict risk and that this percentage will increase dramatically.

By simulating a scenario with 4 degrees Celsius of warming, the experts found that the influence of climate on conflicts would increase by more than five times. In addition the climate impact would still double even if warming is limited to 2 degrees Celsius, according to the study.

“Appreciating the role of climate change and its security impacts is important not only for understanding the social costs of our continuing heat-trapping emissions, but for prioritizing responses, which could include aid and cooperation,” said lead author Katharine Mach.

The extreme weather and disasters associated with climate change can damage economies, lower farming and livestock production, and intensify inequality among social groups. When combined with other drivers of conflict, these factors may increase violence.

“Knowing whether environmental or climatic changes are important for explaining conflict has implications for what we can do to reduce the likelihood of future conflict, as well as for how to make well-informed decisions about how aggressively we should mitigate future climate change,” said study co-author Marshall Burke.

While the researchers agree that climate has affected organized armed conflict in recent decades, they also emphasize that other factors have a much larger impact on conflict within countries. These factors include the strength of government, inequalities in societies, and a recent history of violent conflict.

“Historically, levels of armed conflict over time have been heavily influenced by shocks to, and changes in, international relations among states and in their domestic political systems,” said study co-author Professor James Fearon.

“It is quite likely that over this century, unprecedented climate change is going to have significant impacts on both, but it is extremely hard to anticipate whether the political changes related to climate change will have big effects on armed conflict in turn. So I think putting nontrivial weight on significant climate effects on conflict is reasonable.”