Climate change can cause fish to swim towards predators • Earth.com 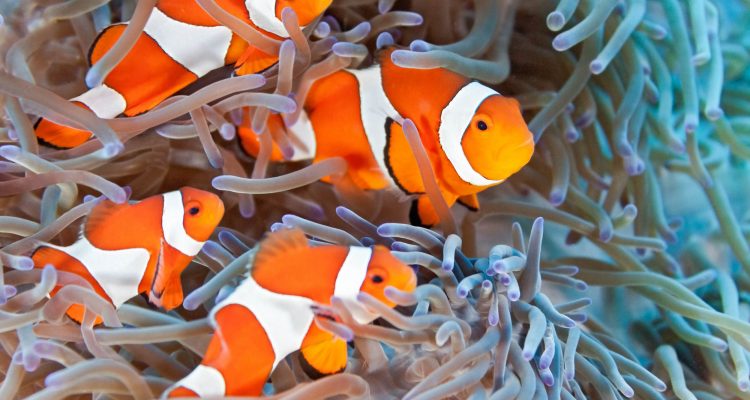 Climate change can cause fish to swim towards predators

Climate change is disrupting the sensory systems of fish and can even make them swim towards predators, instead of away from them, a paper by marine biologists at the University of Exeter says.

Research into the impact of rising CO2 has shown it can disrupt the senses of fish including their smell, hearing and vision.

High CO2 levels can impair the way they behave, including making them swim towards predator smells instead of away and even ignoring the sounds that normally deter them from risky habitats.

According to a paper published today in the journal Global Change Biology by Dr Robert Ellis and Dr Rod Wilson, climate-change marine biologists at Exeter University, these abnormal behaviours have been linked to the effect of CO2 on how the brain processes signals from sensory organs.

CO2 levels are predicted to be 2.5 times higher in the oceans by the end of this century.

The report’s authors Dr Robert Ellis and Dr Rod Wilson believe that fish farms, may be the key to establishing the long-term impact of CO2 on marine life.

The scientists believe that further study of farmed fish – which already provides as much seafood for human consumption as that caught in the wild – may be crucial for understanding how aquatic species will evolve to climate change.

“Aquaculture may provide an ‘accidental’ long-term experiment that can help climate-change predictions,” said Dr. Ellis. “There is the enticing possibility that fish and shellfish previously grown in high CO2 aquaculture conditions over multiple generations can offer valuable insights regarding the potential for aquatic animals in the wild to adapt to the predicted further increases in CO2.”

The aquaculture industry may also benefit from what the climate change scientists study too. The abnormal behaviour seen in wild fish may not matter in farmed fish, as they are provided with abundant food and shelter and they have no predators to avoid. But while extremely high CO2 can reduce digestion efficiency in cod, recent research suggests that relatively small increases in CO2 may actually act as a growth stimulant in some fish.

Dr. Rod Wilson said: “Our research will allow fish farmers to optimise conditions, and specifically CO2 levels, to improve growth and health of their fish, profitability and the long-term sustainability of the industry. This is really important given that aquaculture is the only way we will increase seafood production to feed the growing human population, particularly given wild fish stocks are overexploited”.