Climate change favors some Arctic insects over others • Earth.com 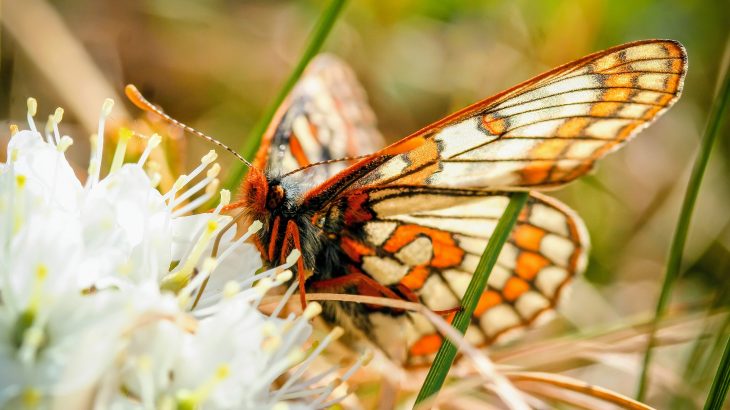 The analysis was based on 24 years of insect abundance data collected in Northeast Greenland from 1996 to 2018. The ongoing research project, Greenland Ecosystem Monitoring, is conducted at the field station Zackenberg.

At this remote location, it is possible to isolate the effects of climate change on Arctic insects because there is no agriculture or industry in the area. There are also no cities within the nearest thousand kilometers of the field station.

“Arctic regions provide an important opportunity to isolate the ecological impacts of climate change because direct anthropogenic disturbances are largely absent,” wrote the researchers. “The region is also warming rapidly and snowmelt, which strongly affects invertebrate activity, is occurring earlier.”

Study lead author Toke T. Høye is a senior scientist in the Department of Bioscience and Arctic Research Center at Aarhus University.

“Data from Europe, North America and the tropics show that many species of insects are in strong decline,” said Høye. “Luckily, we are now able to show that there is no profound crash in high arctic insect populations.”

The results of the study show that there is great variation on how Arctic insects are responding to climate change. The study authors indicate that the broad range of long-term insect responses may be due to the diversity of lifestyles and adaptations to extreme conditions. In other words, it is not likely that insect declines are driven by the same single factor.

“Another major finding from our results is that climate factors outside the growing season may be key drivers of arthropod abundance even in the harsh Arctic environment,” wrote the study authors.

“The strong links between our climate variables and overall abundance, combined with the opposing patterns of overall abundance and diversity, suggest that conditions characterized by cool summers but warm ‘off-seasons’ favor some taxa over others.”

“Overall, our findings suggest that, even for a ‘simple’ food web, there are few straightforward relationships between arthropod abundance and climate variables.”

Climate change extends the growing seasons in the Arctic. This often means that the ground repeatedly freezes and thaws over a longer period of time.

“This period is a big challenge for many insects and climate change is thus especially affecting insects during parts of the year where they are in a dormant stage. The insects are tricked into expecting spring to arrive, just to be hit by hard frost afterwards,” explained Høye.

Over the course of monitoring, the researchers have found that permafrost thawing dries out the top soil layer. This has an impact on insects in their larval stages and can have delayed effects on adult insect populations. The consequences may only become apparent after a number of years, and could lead to a series of cascading effects across the food web.

“Unlike findings on insect trends from parts of Europe and North America in the last decade, we have not found evidence of alarming overall population declines, although some taxa do exhibit strong negative trends in abundance at our site,” wrote the researchers. “Opposing trends in abundance and diversity also suggest a concerning increase in dominance of a smaller number of taxa.”

“Importantly, we demonstrate that overall measures of abundance can give misleading information about long-term dynamics of individual taxa and the associated impacts of environmental factors.”

According to Høye, it is too early to say that there will not be an insect crisis in the Arctic. “Our data shows that a range of rare taxa are in decline, while more common insects are doing OK.”