Climate change could lead to a new Dust Bowl despite technological advances • Earth.com 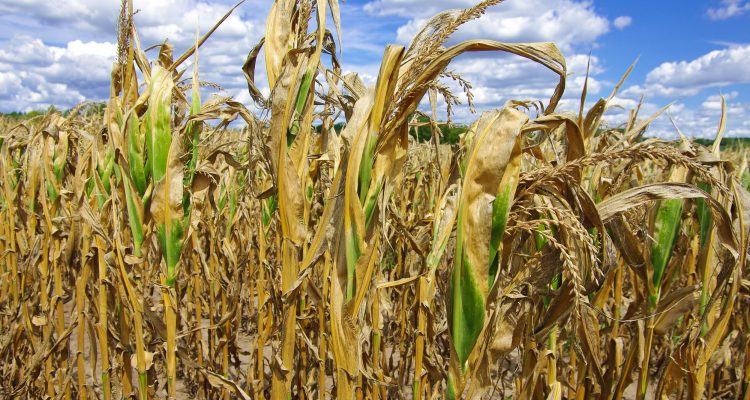 A recent study finds that extreme drought conditions could lead to events as destructive as the Dust Bowl of the 1930s. This comes as a surprise considering the advances in technology and agriculture over the last 80 years. The study also concludes that rising temperatures will ultimately result in crop damage more devastating than that of the Dust Bowl era, regardless of precipitation levels.

During their analysis, research scientists Michael Glotter and Joshua Elliott of the University of Chicago simulated the catastrophic weather events of the 1930s. The goal was to project the impact climate change may have on maize, soy, and wheat crops. The team set out to determine whether or not an extreme drought today could result in the desolation of the Dust Bowl.

“We expected to find the system much more resilient because 30 percent of production is now irrigated in the United States, and because we’ve abandoned corn production in more severely drought-stricken places such as Oklahoma and west Texas,” said Elliott. “But we found the opposite: The system was just as sensitive to drought and heat as it was in the 1930s.”

The Dust Bowl was caused by three different droughts that happened between 1930 and 1936. Wheat yields declined by as much as 32 percent. Throughout the Great Plains states, land lost its value and millions of people were displaced.

Agricultural practices have changed dramatically over the last eight decades. Focus has been placed on higher yields, while there has been much less focus on resistance to severe weather such as extreme heat or drought conditions. For this reason, the study projects a 30 percent decline in wheat yield, as well as a 40 percent loss of maize and soy yields in an event on the scale of the 1936 drought.

“Technology has evolved to make yields as high as possible in normal years. But as extreme events become more frequent and severe, we may have to reframe how we breed crops and select for variance and resilience, not just for average yield,” said Glotter.

To make matters worse, the study also reveals the catastrophic effect that rising temperatures may have on crops. The research shows that a jump in average temperatures by only four degrees will double the destruction witnessed in the drought of 1936. In this scenario, the crop yield will be reduced by as much as 80 percent. Considering this climate change may become reality by the middle of the century, new agricultural techniques must be adopted. New strains of crops must be developed that are both heat-resistant and drought-resistant.

“Reducing emissions will be critical to avoiding some of the worst damages from extreme weather in a changing climate,” Glotter stated. “But even in the best case scenarios, climate change is expected to alter the severity and frequency of future droughts. Understanding the interactions of weather extremes and a changing agricultural system is therefore critical to effectively prepare for and respond to the next Dust Bowl.”