How and when do clownfish get their vibrant stripes? • Earth.com 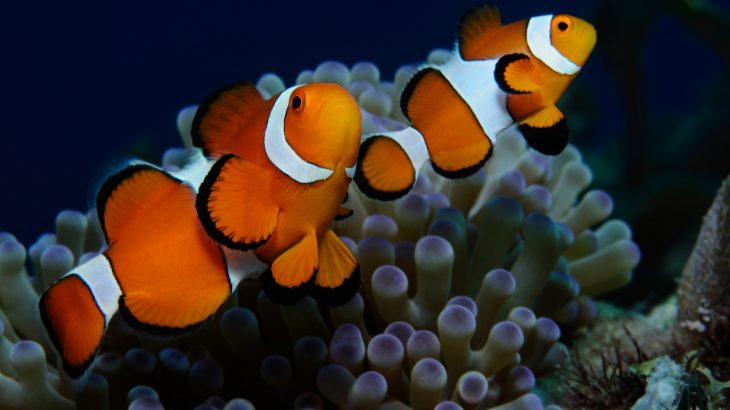 How and when do clownfish get their vibrant stripes?

It is still somewhat of a mystery how coral reef fish develop such brilliant colors and complex patterns, and it is also not yet clear how these markings evolve throughout their lives. A recent study is providing new insight into the various stripe patterns found on clownfish. The research has also revealed how these patterns change as individuals grow into adulthood.

The researchers had previously observed that at least nine species of clownfish have more stripes as juveniles compared to when they are adults, which prompted the current investigation into the development of stripes across the evolution of clownfish.

“We show that the ancestor of today’s clownfish possessed three white stripes. Then, as some species evolved they lost stripes and we reveal a surprising similarity between this loss of stripes during species evolution and the development of different stripe patterns in individuals from different species today,” explained study co-author Dr. Vincent Laudet of Sorbonne University.

The study was focused on two species of clownfish, Amphiprion ocellaris and Amphiprion frenatus, which have three stripes or a single head stripe, respectively.

The researchers discovered that shortly after hatching, neither species of larvae had any stripes. The species were also found to develop stripes on the head and on the trunk at the same time. Ultimately, A. oscellaris acquired a third stripe near the tail, while A. frenatus lost the trunk stripe before reaching adulthood.

“Interestingly, every clownfish species existing today gains stripes from front to back after they are born, before individuals of some species lose stripes again from back to front as they grow into adults, which is similar to the loss of stripes observed during clownfish evolution; while all clownfish started out with three stripes – that is their last common ancestor had three stripes – as they diversified into what are now 30 different species, some clownfish lost stripes in a pattern that is similar to how today’s clownfish lose stripes as they grow up,” explained Dr. Laudet.

The study authors theorized that the different stripe patterns may allow clownfish to recognize individuals belonging to the same species, including potential mating partners.

“Because coral reef fishes provide examples of complex color patterns, they offer a unique opportunity to better understand the origin of these traits,” said Dr. Laudet. “Unraveling the mysteries of why pigmentation patterns from coral reef fish are so diverse, how they evolved and where their diversity originated will help us to understand the formation of very complex phenotypes.”

The research is published in the journal BMC Biology.