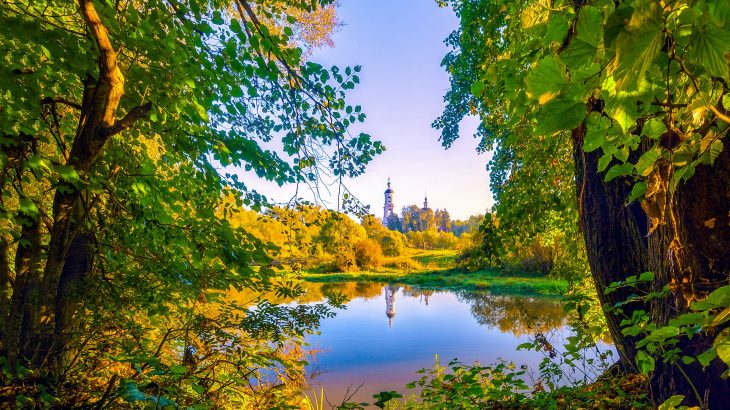 Global calculations of CO2 emissions from inland waters have been widely underestimated, according to a study led by scientists at the Helmholtz Centre for Environmental Research (UFZ). The researchers found that lakes and reservoirs that dry up periodically play an important role in the global carbon cycle, yet have been largely unaccounted for.

Dr. Matthias Koschorreck is a biologist in the Department of Lake Research at UFZ. The current study was initiated in 2013 when Dr. Koschorreck was collaborating with experts in Spain to measure the release of greenhouse gases in the catchment of a small river.

“It was summer and parts of the riverbed were dry. On a whim, we decided to take some measurements in those areas too,” explained Dr. Koschorreck. “The results surprised us – these dry, gravelly areas of the riverbed released unexpectedly high levels of carbon dioxide.”

“We wondered whether this might be the case in other regions of the world, and whether greenhouse gas emissions from inland waters might be fundamentally underestimated,” said Dr. Koschorreck. “In studies that scale up emissions of greenhouse gases from land and water surface areas, inland waters that dry out intermittently haven’t previously been taken into account.”

In 2016, the team launched the dryflux research project in an effort to investigate emissions from dry inland waters worldwide.

The researchers established a measurement and sampling procedure for the project and then asked for help internationally.

“Every participant at the workshop got in touch with research teams all over the world to see whether they would be interested in taking part in measurement campaigns on freshwater systems in their area,” said Dr. Koschorreck. “The response was amazing. Twenty four research teams from all over the world took part, which meant that we were able to collect data from 196 different sites on every continent except Antarctica.”

“We found significant carbon dioxide emissions from dry areas of inland waters across all climate zones,” said Keller. “So this really is a global phenomenon.”

The researchers discovered that these emissions are often higher than typical emissions from water surfaces of the same size.

Keller explained that the respiration processes of organisms are responsible for the release of carbon dioxide from dry inland water sediments.

“The more substrate available – the more organic matter in the soil – and the more favorable the conditions like temperature and sediment moisture, the more active they are and the more carbon dioxide is released.”

According to the researchers, the findings show that the factors responsible for carbon dioxide release are essentially the same all over the globe.

“The interaction of local conditions like temperature, moisture and the organic matter content of the sediments is crucial, and it has a bigger influence than regional climate conditions,” said Keller.

“Our study shows that carbon dioxide emissions from inland waters have been significantly underestimated up until now,” said Dr. Koschorreck.

“We hope that our work will help ensure that dry areas of freshwater systems are included in future calculations. With the progression of climate change, more surface waters are probably drying out and thus, CO2 emissions will likely increase.”