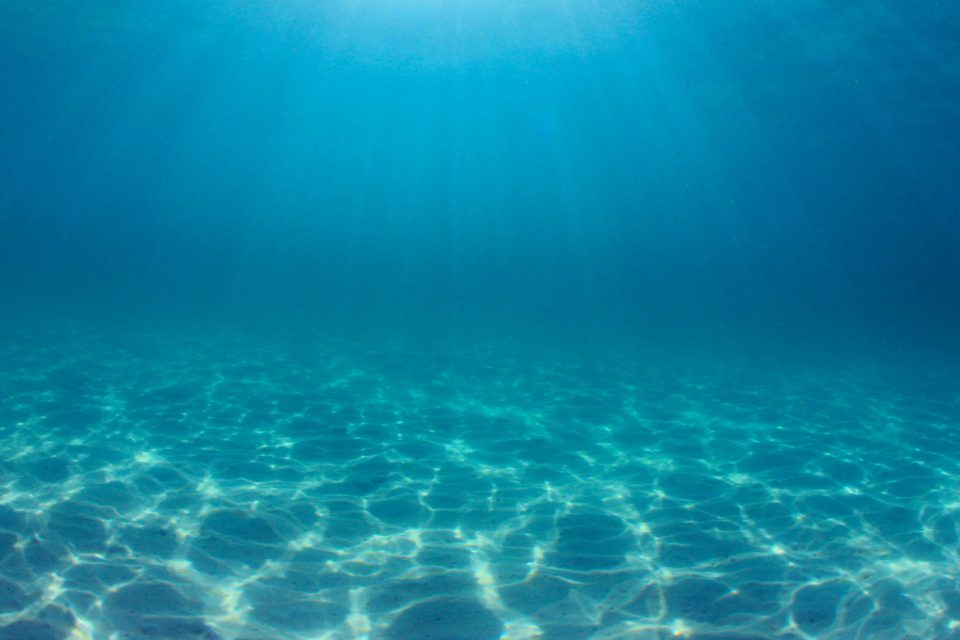 Increased CO2 levels are causing the ocean floor to dissolve

The chalky white bottom of the deep sea is mostly composed of calcite.

Calcite on the seafloor formed from the decaying remains of corals and shells from marine organisms and the mineral is crucial for combating ocean acidification. It also acts as a neutralizer for the carbon dioxide in the ocean, but as CO2 levels in the atmosphere and ocean increase, calcite’s ability to counter CO2 decreases.

In some regions, carbon dioxide is already dissolving calcite and turning the ocean floor a murky brown, but this is just the tip of the iceberg.

Researchers from McGill University conducted a study examining how CO2 increases would impact calcite and the sea floor.

Because most of the ocean’s CO2 is contained near the surface, the researchers needed to model CO2 dropping down to the seafloor to better project future ocean acidification.

“Because it takes decades or even centuries for CO2 to drop down to the bottom of the ocean, almost all the CO2 created through human activity is still at the surface. But in the future, it will invade the deep-ocean, spread above the ocean floor and cause even more calcite particles at the seafloor to dissolve,” said Olivier Sulpis, lead author of the study.

The researchers needed to develop a model for the deep ocean spread of CO2 to understand how it would affect the seabed and so the research team first created a seafloor microenvironment in a lab setting.

Several experiments were conducted to find out what factors influence calcite dissolution, and the researchers were able to model the time it takes for calcite to dissolve when exposed to high levels of CO2.

Because CO2 levels are increasing with unprecedented speed, the study raises concerns about calcite and ocean acidification. Soon the ocean’s natural barrier against acidification may all but completely dissolve.

“The rate at which CO2 is currently being emitted into the atmosphere is exceptionally high in Earth’s history, faster than at any period since at least the extinction of the dinosaurs,” said Sulpis. “And at a much faster rate than the natural mechanisms in the ocean can deal with, so it raises worries about the levels of ocean acidification in future.”