Coastal wetlands can become too salty for some resident plants • Earth.com 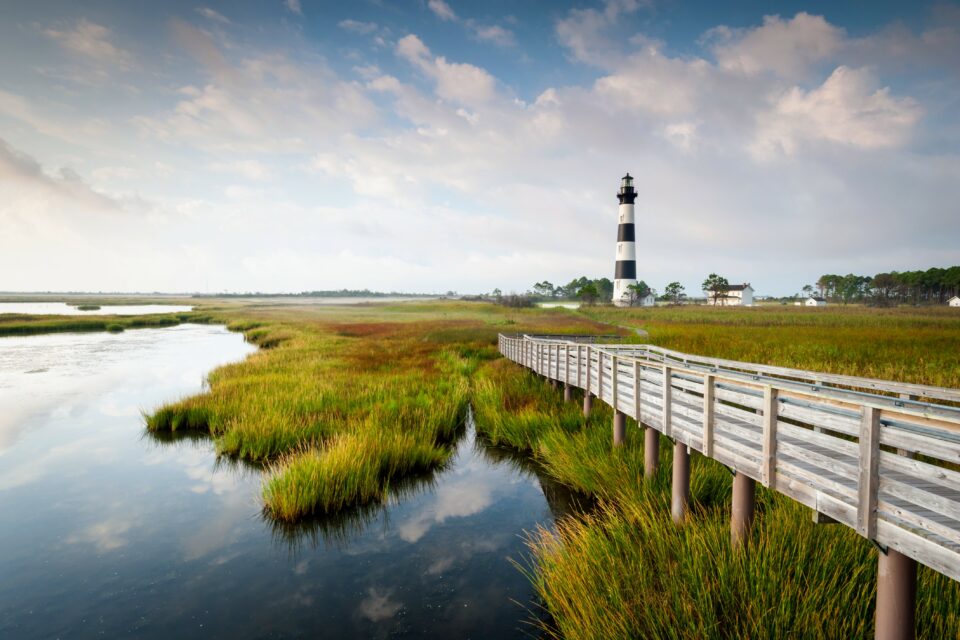 Rising sea levels introduce salt water into coastal wetlands, and this has effects that can be seen well above the high-tide level. Although these effects have been studied for coastal salt marshes with their salt-tolerant plant communities, the same cannot be said for coastal wetlands that lie further inland and are characterized by the presence of fresh water.

The Albemarle-Pamlico Peninsula covers more than 2,000 square miles on the North Carolina coastal plain. It is a vast expanse of forested swamps and tea-colored creeks that lie in a location currently experiencing a sea level rise of 3–4 mm each year. Much of this area lies a few feet above sea level and is flooded by ocean surges that are driven by storm systems and rising sea levels.

The salinity of sea water is 400 times that of fresh water, and the salt that remains behind after an ocean intrusion recedes gradually increases the salinity to intolerable levels for the wetland plant species. This can lead to changes in plant communities as more salt-tolerant species become established.

In a recent study, researchers from Duke University and North Carolina State University surveyed the low-living plant communities that inhabit the waterlogged soils of the wetlands on this peninsula. The goal was to identify whether ground layer plants exhibit threshold responses to salinity exposure and whether this could provide early warning of salinity increases in other coastal wetlands.

The team was led by Professors Justin Wright and Emily Bernhardt of Duke and Marcelo Ardón of NC State. The researchers conducted two vegetation surveys throughout the Albemarle-Pamlico Peninsula. They focused on 112 species of understory plants that occur in the region and recorded where they were found and how abundant they were in relation to levels of salt in the soil.

“It’s hard fieldwork,” said study co-author Steve Anderson. “It gets really dense and scratchy. That, plus the heat and humidity mixed with the smell of sulfur and the ticks and the poison ivy; it just kind of adds up.”

The researchers found a “tipping point,” around 265 g sodium ions per g of soil, and another at 3,843 g Na+/g, where established plant communities could not tolerate further increases in salinity. Subsequent increases were associated with disproportionately large changes in the plant communities that were present.

For example, above the first critical threshold (265 g Na+/g), the plant community on the marsh floor suddenly shifts, as plants such as wax myrtle, swamp bay and pennywort are replaced by rushes, reeds and other plants that can better tolerate salty soils.

Overall, the results show that ground layer plants can be used as reliable indicators of salinity thresholds in coastal wetlands, said the study authors. These results can be used for monitoring salt exposure of ecosystems and for identifying areas at risk for undergoing future community shifts.

The hope is that monitoring indicator species like these could help researchers spot the early warning signs of salt stress, explained Anderson.

The study is published in the journal Plant Ecology.