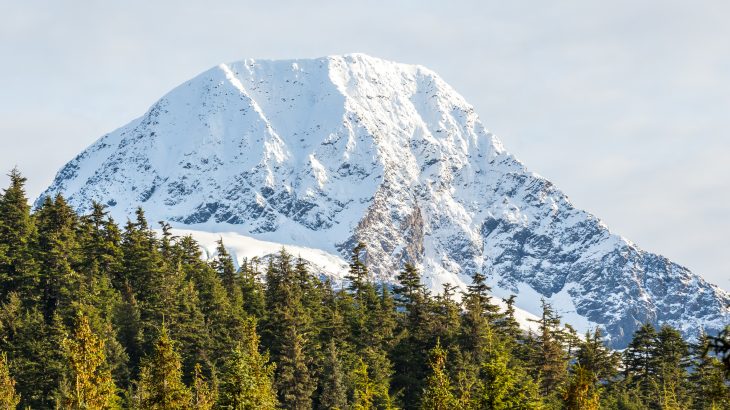 Around the time that Julius Caesar was assassinated in 44 BCE, ancient Rome and Egypt endured extreme climate change, characterized by unusually cold temperatures, failed harvests, famine, and disease. A new study from the University of Copenhagen has linked this mysterious event to a massive volcano eruption on the other side of the world in Alaska.

The devastating effects of the climate change event were documented in written accounts, and these impacts ultimately contributed to the fall of the Roman Republic and Ptolemaic Kingdom. Scientists have long theorized that volcanic activity was to blame, but the site of the eruption has remained unclear.

To investigate, an international research team led by Dr. Joe McConnell of the Desert Research Institute analyzed volcanic ash in Arctic ice cores. The study suggests that the Mediterranean climate was impacted by a major eruption of Alaska’s Okmok volcano in 43 BCE.

“To find evidence that a volcano on the other side of the Earth erupted and effectively contributed to the demise of the Romans and the Egyptians and the rise of the Roman Empire is fascinating,” said Dr. McConnell. “It certainly shows how interconnected the world was even 2,000 years ago.”

According to the ice core analysis, the Okmok volcano experienced a two-year mega-eruption that began in early 43 BCE, filling the atmosphere with massive amounts of smoke and ash that blocked out most sunlight.

“The eruption is regarded as one of the largest volcanic eruptions of the past 2,500 years. Using the ice core samples, climate models and historical records, we are quite certain that the eruption is linked to the violent climatic changes noted around the Mediterranean and in Rome,” explained Professor Jørgen Peder Steffensen.

The researchers collaborated with historians and collected prehistoric climate data to confirm the theory that the Okmok volcano was powerful enough to cause widespread climate change.

An extensive amount of climate data showed that the Okmok eruption was followed by some of the coldest years in the northern hemisphere of the past 2,500 years.

“Historical accounts describe how wet and extremely cold weather led to poorer harvests, as well as how the Nile overflowed its banks – destroying crops and leading to famine – all of which correlates with our results,” said Professor Steffensen.