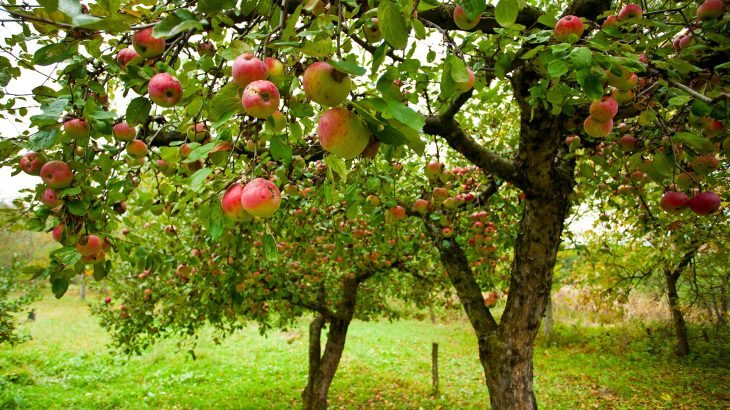 Scientists led by Oregon State University have developed a new method for tracking a disease that causes major damage to plants. Preventing the spread of the disease-causing bacteria Agrobacterium could save commercial nurseries billions of dollars every year.

The destructive bacteria enters the plant through wounds in the roots or stems and interferes with plant tissue growth, producing swollen galls. Plants with multiple galls often lose the ability to transport nutrients and become stunted and unproductive.

The current study was focused on self-replicating DNA molecules called plasmids. Agrobacterium contains plasmids that have the ability to transfer a segment of their DNA into susceptible plant cells.

Agrobacterium can also transfer the entire plasmid horizontally, which then transforms a benign strain into a new pathogen. This genetic activity makes it difficult to control the disease and track an outbreak.

In collaboration with researchers at the USDA Agricultural Research Service, the Oregon State team set out to investigate the evolution of plasmids and develop a way they can be traced.

The team analyzed two classes of plasmids, tumor inducing and root inducing, both of which cause crown-gall disease.

Genetic analysis of 140 strains of Agrobacterium revealed that the plasmids all descended from just nine lineages.

“Armed with this extensive genetic sequencing information about how to classify plasmids and Agrobacterium, we could infer both how bacteria move among nurseries and how the plasmids move among bacteria,” said study lead author Alexandra Weisberg.

By sequencing the entire genomes of Agrobacterium strains, the researchers managed to link nurseries that had bacteria with the same genetic characteristics.

The study pinpointed at least seven cases where the global distribution of plants contributed to the widespread transmission of a single Agrobacterium lineage.

In one such case, a nursery that produces plants for wholesalers may have served as the sole source of many outbreaks.

The ability to separately analyze the bacteria from the plasmid helped to identify many cases in which plasmid transmission perpetuated the spread of the disease.

For example, one strain-plasmid combination that was collected in 1964 was recognized in strains collected 30 to 40 years later in different parts of the world.

The methods developed for the study can potentially be applied to track diseases in humans and animals, including foodborne disease outbreaks.

“Understanding the genetic basis for how pathogens emerge and diversify in agricultural ecosystems is foundational for determining their spread and assessing risks,” said study co-author Professor Jeff Chang.

“These are critical to informing policies for improving plant health and preparing against disease outbreaks to increase global food security.”