Christmas, color vision and the truth about Rudolph • Earth.com 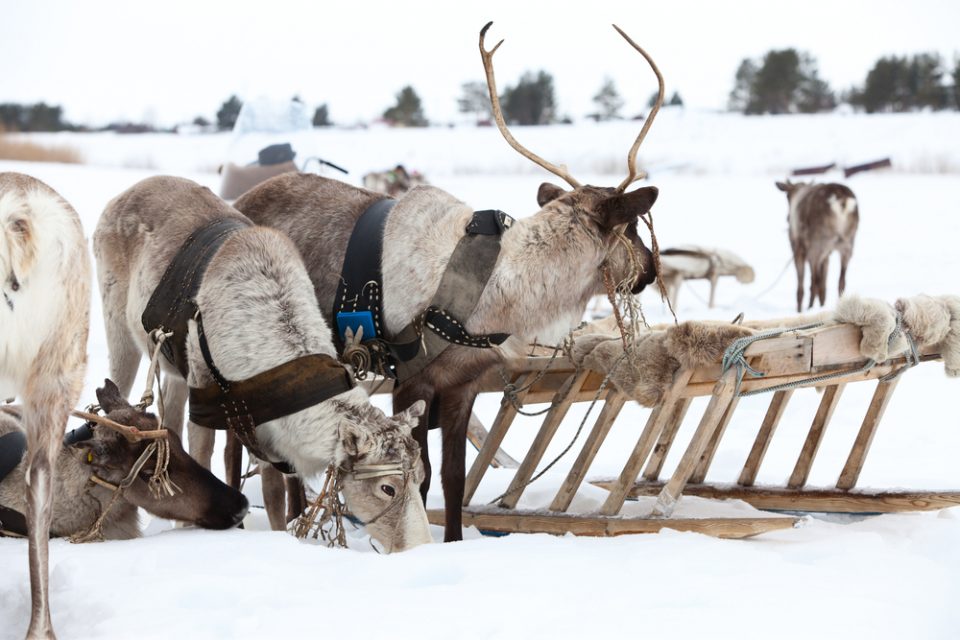 Christmas, color vision and the truth about Rudolph

Everything you know about Rudolph the Red-Nosed Reindeer is a lie. The truth? Reindeer have terrible color vision. They wouldn’t have known his nose was red – or green or orange, either, scientists explained in a presentation about the Science of Christmas.

Rudolph, who was created by Robert L. May in 1939 for a Montgomery Ward advertising campaign, is the star of a song about a bullied reindeer whose glowing red nose saves a foggy Christmas day. In the song and a 1964 animated movie, Rudolph’s glowing red nose gives Santa’s other reindeer a beacon to follow so that they can make it through the fog and deliver gifts to good children.

But reindeers’ color vision doesn’t work that way, said Dr. Martin Stevens of the Centre for Ecology and Conservation.

“Reindeer can’t see red light or tell the difference between red, orange and green, so they wouldn’t be able to see the red of Rudolph’s nose or the orange of carrots,” Stevens told the Daily Mail. “They do have ultraviolet vision, and use this to see lichen hidden in the snow in the arctic.”

The ability to see in the ultraviolet range at the expense of better color vision could help protect the reindeer, Stevens said. The fur of wolves and other predators absorbs UV light rather than reflecting it like the snow.

“So a camouflaged white wolf to us would stand out to reindeer,” Stevens said.

The unique visual abilities mean reindeer are better adapted to the Arctic environment where they live, but they also shatter some favorite Christmas legends.

The research by Stevens and his colleagues was presented at Exeter University’s Science of Christmas event. Stevens and his team have also studied the eyesight and color vision of dogs and horses.

It adds to a growing body of research around the Arctic animals, from their unbreakable antlers to their role in slowing down climate change.

So while scientists may not be writing papers about glowing red noses anytime soon, there are still plenty of reindeer games to study.