Colorado high school is fighting to save razorback suckers • Earth.com 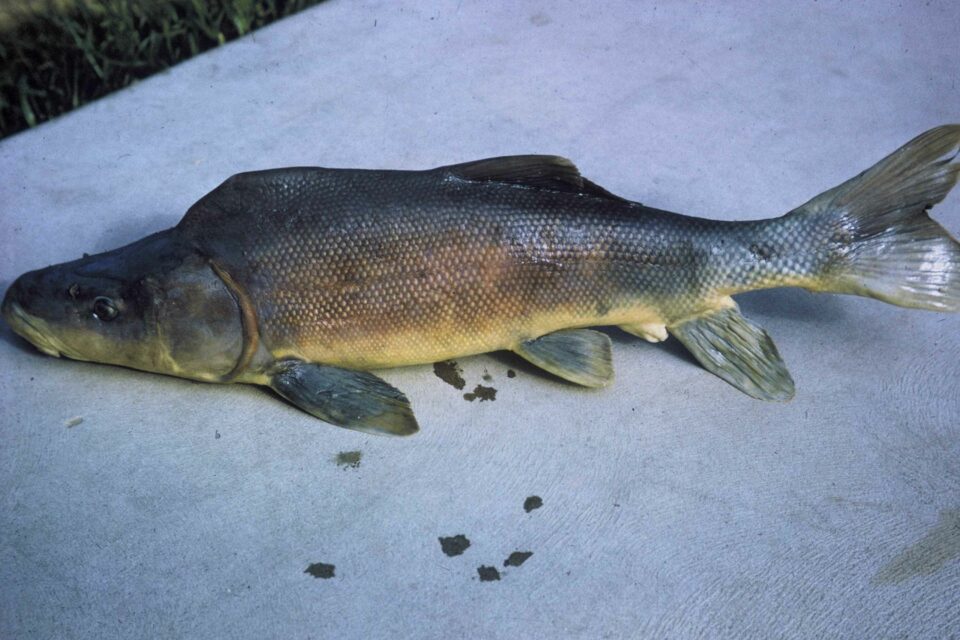 Palisade High School, a twenty minute drive from where I live in Colorado, has something unusual – a fish hatchery. When I read about this, I had to visit the school to see for myself.

Razorback suckers (Xyrauchen texanus), the only fish raised at Palisade’s hatchery, once lived throughout the Colorado River Basin from Wyoming to Baja California, Mexico. As is typical of many fish native to the western US, damming of rivers, introduction of non-native sport fishes and irrigation channels have taken a toll.

The critically endangered fish is still found in small and fragmented populations throughout the Colorado River Basin and a few reservoirs created by the river. Razorback suckers are missing from large parts of their former southern range. Since 1991, the fish has been formally protected by the US federal government.

According to the International Union for the Conservation of Nature (IUCN), the fish population is still dropping. There is some hope, as the razorback sucker has been re-established in the Grand Canyon and more southerly parts of its range but it’s still a struggle. A teacher and his students are doing something about it, while also looking more closely at the connection between humanity and the rest of nature.

I met Pat Steele on a cool, windy spring day in front of Palisade High School. He warmly welcomed me to the school and walked with me along the edge of a sport’s field towards a gate in the chain link fence. He talked over the wind as we walked, telling me how all the money for their fish hatchery came from local donors. Beyond the gate was a small shed, which Steele said was previously used to store astronomy equipment for the school.

The inside of the shed was filled with three large black tanks with small clear windows cut in the sides. Around the corner was an aeration pump system. Inside the tanks there were approximately 300 fish. The shed was filled with the sound of water bubbling and pumps humming. Pat said he hopes to make the fish hatchery central to the school. Chemistry students could monitor the pH of the water for instance or art students could practice Japanese fish printing with the few fish that accidentally die and are frozen.

Pat also teaches a river dynamics class, something of utmost importance for understanding the western landscape and our place in it, especially in these challenging times. He hopes this sort of teaching and the hands-on work with the fish, creates a connection between students and the river. His students hosted a class of younger students from another nearby school and showed them invertebrates and fish living in the river. The students walked from their school along the river, picking up trash as they went. To me, this seems like a perfect model for environmental education – personal, hands-on and tailored to the student’s own backyard as well as scientifically rigorous.

In Palisade High School’s fish hatchery, students and a handful of special volunteers do all of the work. They change filters and water, monitor the health of the fish and isolate any that are acting strangely. Before they’re released, the students insert rice-grain sized PIT tags into the fish just behind their fins. These tags allow scientists to check the provenance of the fish they catch and hopefully monitor the success of the school’s hatchery program. At the end of all this work, the fish are released into the Colorado River, which is a short walk away from the hatchery they’re raised in.

Palisade High School isn’t alone in this endeavor, although it seems to be the first inland project of its kind. When Pat Steele was planning on creating a hatchery he took a few students with him to Petaluma, California to visit Casa Grande High School and their hatchery. Casa Grande’s United Anglers has been running a hatchery since 1993. Typically the school raises steelhead trout but recently they were asked to take care of endangered Coho Salmon, due to rising water temperatures at their hatchery at Lake Sonoma.

The US Department of Agriculture reports that in the first year of a program in Washington State, 350 students from six to seven classes helped raise salmon. By 2006, that number had grown to 1,100 students in twenty schools in three counties. In this program, the fish are hatched in small tanks within the classroom from 500 eggs delivered by the Yakama Indian Nation Fish Hatchery. The students place the eggs within gravel at the bottom of the tank. As they learn about the life cycle of the fish, they can watch them develop right in their class.

Seeing Palisade’s modest hatchery with its three tanks along with the nature trail behind the school within a stone’s throw of the Colorado River, I couldn’t help but be hopeful. I felt more hopeful for the environment than I’ve felt in a long time. The hatchery seems like the perfect balance of a project doing something directly beneficial for an endangered fish as well as giving indirect benefits. The indirect benefits are in the minds of the students who handle the fish, who watch them and try to understand their lives and the lives of everything in those great streams of water everyone in the west depends upon.

“We want kids to understand the fish, get to know them,” said Steele. “Every time they go by the river or they drive over it or whatever…hopefully it makes them think about being a little more sensitive to water conservation, you know, taking care of our rivers.”