Colossal flesh-eating predator was one of the largest to fly • Earth.com 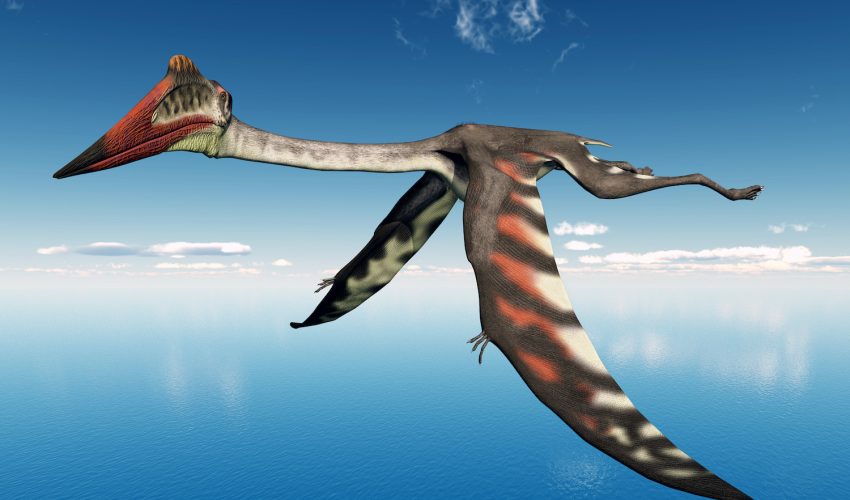 Colossal flesh-eating predator was one of the largest to fly

Imagine a flesh-eating bird with the wingspan of a small plane that lived among the dinosaurs and stalked its prey on the ground.

The fossilized remains of this terrifying creature were recently discovered in the Gobi Desert in Mongolia. Scientists have determined the animal was a pterosaur that lived during the Cretaceous period 70 million years ago.

The bones were first uncovered by paleontologists back in 2006, but the specimen was so fragmented, it took years to piece it together.

Initially, a piece of the first vertebra is what led the study’s lead author, Takanobu Tsuishiji from the University of Tokyo, to identify the fossil as a pterosaur.

However, due to its immense size and wingspan, no other pterosaur like it has been discovered before.

“It’s a really big vertebra, and the only thing comparable is some material from Romania. This is definitely up there with the largest pterosaurs, and there’s nothing like it from Asia so far,” pterosaur expert Mark Witton told National Geographic.

The Mongolian fossil is gigantic, with a possible wingspan of 36 feet. The pterosaur would have been able to walk on all fours, hunting its prey on the ground.

Pterosaurs would have fed on baby dinosaurs, walking among the many dinosaurs that thrived during the Cretaceous period.

Pterosaurs are also thought to have been the largest flying animals on Earth and the first vertebrates who evolved to develop the power of flight.

Those who made the discovery compare their fossil to two other giant documented pterosaurs, the Quetzalcoatlus and the Hatzegopteryx, both of which who had wingspans around 32 to 36 feet and could have been as tall as 18 feet.