Comet Catalina sparks a new theory on the origin of life • Earth.com 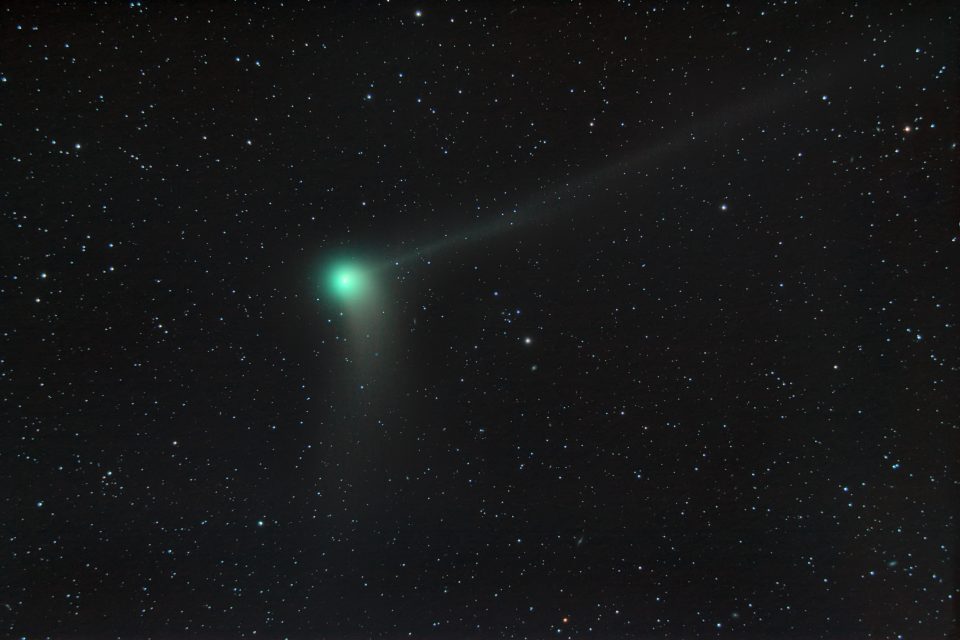 Comet Catalina sparks a new theory on the origin of life

Comets like Catalina may have delivered carbon to Earth, Mars, and other planets during the early formation of the solar system, according to a new report from NASA.

In early 2016, Comet Catalina was briefly visible near the Big Dipper as it flew past Earth. The comet had made a long journey from the Oort cloud, a region at the very edge of the solar system where comets are born.

Images of Catalina were captured by the Stratospheric Observatory for Infrared Astronomy (SOFIA), a joint project of NASA and the German Aerospace Center.

SOFIA, which is essentially a telescope mounted on an airplane, contains unique infrared instruments. One of these instruments detected carbon within the dusty glow of the comet’s tail.

“Carbon is key to learning about the origins of life,” said study lead author Charles Woodward, an astrophysicist and professor at the University of Minnesota. “We’re still not sure if Earth could have trapped enough carbon on its own during its formation, so carbon-rich comets could have been an important source delivering this essential element that led to life as we know it.”

The researchers explained that Comet Catalina and other comets are effectively frozen in time, and are relatively unaltered when we get a glimpse of them. This offers scientists with rare opportunities to study the early solar system in which the comets originated.

The research suggests that Comet Catalina formed in the outer regions of the primordial solar system, which held a reservoir of carbon.

NASA reports that while carbon is a key ingredient of life, early Earth and other terrestrial planets of the inner solar system were so hot during their formation that elements like carbon were lost or depleted.

“All terrestrial worlds are subject to impacts by comets and other small bodies, which carry carbon and other elements,” said Woodward. “We are getting closer to understanding exactly how these impacts on early planets may have catalyzed life.”

To further investigate the theory that early comets delivered carbon to Earth and other young planets, additional observations are needed to learn if there are many other carbon-rich comets in the Oort Cloud. Such observations could help clarify whether life-supporting elements were transported to the terrestrial planet on icy comets.

The research is published in the Planetary Science Journal.