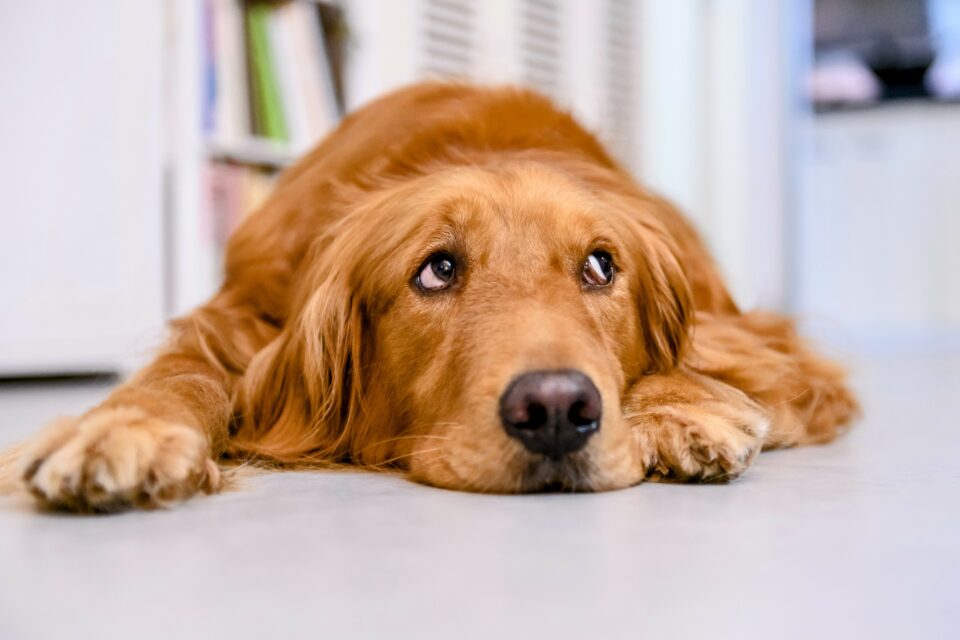 A new study published in the journal Frontiers in Veterinary Science has found that even common household noises can trigger intense feelings of anxiety in dogs. Particularly higher frequency intermittent sounds, such as the battery warning on a smoke detector, can cause the most anxiety in canines.

While previous research focused almost exclusively on dramatic infrequent sounds including thunderstorms or fireworks, a research team led by University of California, Davis (UC Davis) explored how the most common and frequent household noises can also trigger strong feelings of anxiety in canine companions.

By examining video recordings of 62 dogs and the reactions of their owners, the scientists found numerous signs of fear and anxiety among canines, and often miscomprehension combined with amusement in the case of the human owners.

“There is a mismatch between owners’ perceptions of the fearfulness and the amount of fearful behavior actually present – some react with amusement rather than concern,” said study lead author Emma Grigg, a researcher in the UC Davis School of Veterinary Medicine.

“We know that there are a lot of dogs that have noise sensitivities, but we underestimate their fearfulness to noise we consider normal because many dog owners can’t read body language. We hope this study gets people to think about the sources of sound that might be causing their dog stress, so they can take steps to minimize their dog’s exposure to it.”

According to Grigg and her colleagues, dogs’ responses were stronger to higher frequency, intermittent, and unpredictable sounds such as fire alarms than to low frequency continuous sounds like the drone of a vacuum cleaner. Dogs exposed to such sounds often started panting, pacing nervously, drooling, barking, or even howling.

Since the dogs have a wider range of hearing than humans, some noises could be potentially painful for them, causing high levels of distress. Instead of acting with amusement, owners should empathize with the dogs’ plight and make sure their pets are less frequently exposed to such sounds.

“Dogs use body language much more than vocalizing and we need to be aware of that,” Griggs said. “We feed them, house them, love them and we have a caretaker obligation to respond better to their anxiety.”