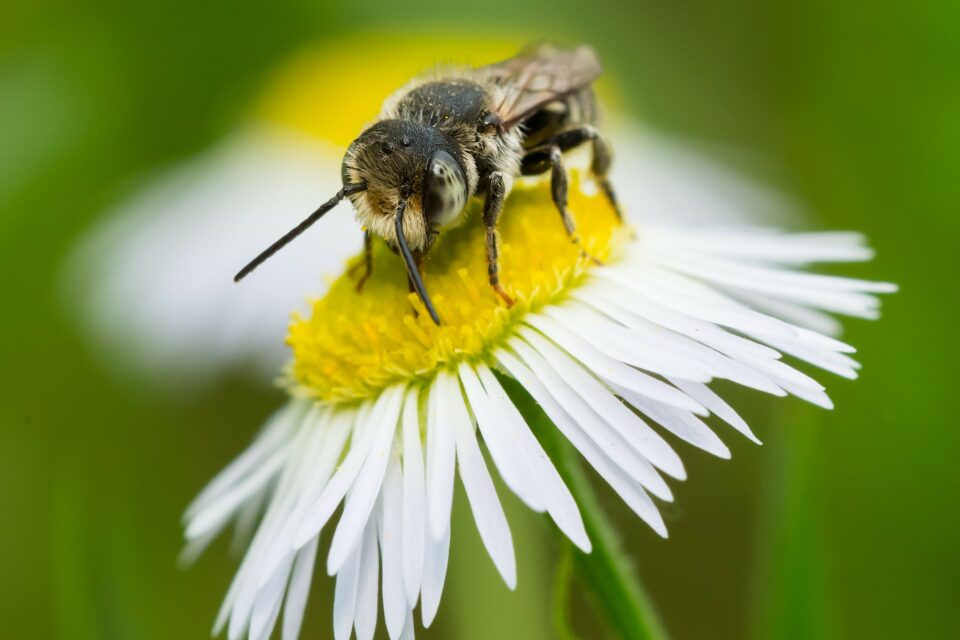 A common insecticide that is widely used in commercial nurseries is extremely harmful to the average bee, according to a new study from UC Riverside. The experts report that neonicotinoids can cause serious harm to bees and other beneficial insects, even in the smallest doses.

In the first experiment that was conducted by the researchers, they used the concentration of insecticide recommended on the product label. All of the bees died in a matter of days.

For the next experiment, they used a third of the recommended dose and still found negative effects on reproduction, the ability of the bees to feed themselves, and overall fitness. “It almost completely wiped them out,” said study lead author Jacob Cecala.

Neonicotinoids are formulated to protect against plant-consuming insects like aphids. Most relevant studies have focused on crops like canola, for which neonicotinoids are typically used at low doses.

The current study is one of the first to examine neonicotinoid usage in potted ornamental plants. For these plants, the insecticides are applied at more potent levels that are toxic to bees.

“Neonicotinoids are often used on food crops as a seed treatment,” explained Cecala. “But they’re usually applied in higher amounts to ornamental plants for aesthetic reasons. The effects are deadly no matter how much the plants are watered.”

Cecala said he was surprised by this result, given that neonicotinoids are water soluble. Going into the study, he assumed that more water would dilute the amount of harm they caused the bees.

The researchers wanted to investigate whether increased watering could benefit bees – despite insecticide exposure – by increasing the quantity or quality of nectar produced by the plants.

The experts raised bees on potted flowering plants that either received a lot of water or a little. In addition, half of the plants were treated with a neonicotinoid.

Plants were selected for the experiment based on their popularity at nurseries, drought tolerance, and their attractiveness to bees.

The results showed that, even though increased watering reduced the pesticide’s potency in the nectar of the flowers, the negative effects on bees were still observed.

“Unfortunately, we observed a 90 percent decrease in the bees’ reproduction with both high and low levels of irrigation,” said Cecala.

The study was specifically focused on alfalfa leafcutter bees, which make their nests in tunnels and lay eggs one at a time.

While the study used a neonicotinoid product that is formulated for nurseries, similar products for home gardeners tend to be just as highly concentrated.

The researchers recommend that nurseries quantify the amount of pesticides that are making their way into flowers, and consider alternative management practices that reduce harm to bees and the ecosystems dependent on them.

“It’s not as simple as ‘don’t use pesticides’ – sometimes they’re necessary,” said Cecala. “However, people can look for a different class of insecticide, try to apply them on plants that aren’t attractive to bees, or find biological methods of pest control.”