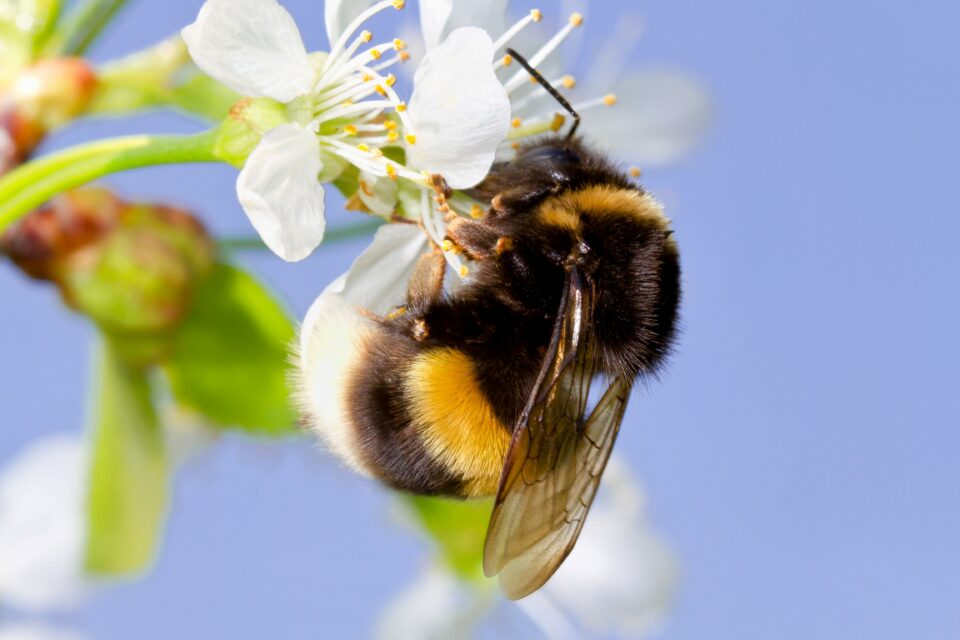 Some flowers are caffeinated, and previous research has shown that bees seem to enjoy a little caffeine when sipping nectar. Now, in a new study published by Cell Press, scientists have found that caffeine gives bumble bees a memory boost and helps them locate specific flowers.

“When you give bees caffeine, they don’t do anything like fly in loops, but do seem to be more motivated and more efficient,” said Dr. Sarah Arnold of the University of Greenwich.

“We wanted to see if providing caffeine would help their brains create a positive association between a certain flower odor and a sugar reward.”

Bumble bees actually have relatively poor vision, so finding the appropriate flowers to collect nectar from can be quite challenging for the insects. This means flowers have to use lots of signaling to attract bees.

Caffeinated flowers are attractive to bees, but the scientists wanted to determine something else – does caffeine actually help bees remember certain flowers? Instead of giving caffeine to bees at flowers, the scientists gave bees caffeine at their nest to see if they remembered an association between the stimulant and other cues.

While giving the bees caffeine, the researchers also released an odor reminiscent of strawberry flowers and gave the insects sugar solution.

When the bees were then released, they were rewarded by a decaf sugar solution when attracted to flowers with a strawberry like smell. The results showed that the bees preferred flowers that smelled of strawberries, for a short time. This did not come as a surprise to the researchers.

“This is something we could have anticipated, because the bees got sugar no matter if they visited the target flower or the distractor flower,” said Dr. Arnold. “In some ways, they were unlearning just as fast as they were learning.”

The researchers point out that this research could potentially be used for more targeted pollination. Strawberry farmers could program bees to prefer pollinating their strawberry plants.

The study is published in the July 28 issue of Current Biology.