Communication is key for cooperation in society, study finds • Earth.com 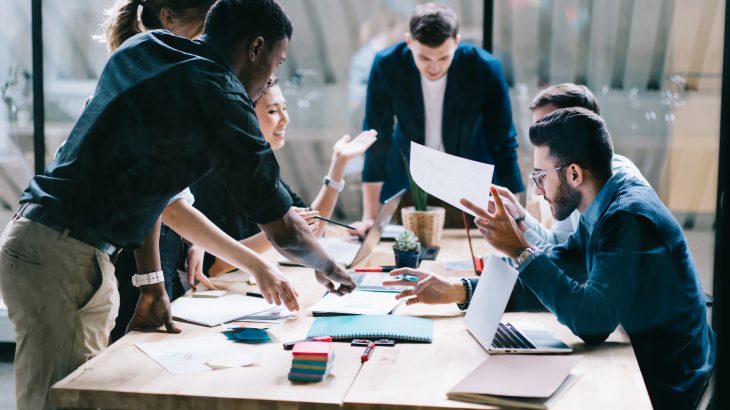 Communication is key for cooperation in society, study finds

People behave differently when their reputation is on the line, but which social norms lead to increased cooperation in a society?

Researchers have developed a model called indirect reciprocity that examines the way that people use social norms to evaluate a person’s actions.

By studying indirect reciprocity and people’s behaviors, actions, and judgments researchers gain a better understanding of how cooperation is achieved within society and what influences judgment bias.

Indirect reciprocity models have always relied on the assumption that everyone in a hypothetical community has all the relevant information they need to judge someone’s reputation and actions.

Everyone already knows who is good and who is bad in these models but this isn’t realistic, and most people in a population likely possess only some of the necessary information to make an informed judgment of character.

This is why researchers from the Institute of Science and Technology Austria and Harvard University developed a more realistic model for indirect reciprocity and found that cooperation is not as easily achieved as previous studies have found.

The researchers published their new findings in a study in the journal PNAS.

To find a more accurate model for indirect reciprocity, the researchers used a popular past model where two randomly selected individuals are chosen as a donor and a recipient. The donor is tasked with helping the recipient based on what he or she knows about the recipient and social norms.

The donor may also want to ensure that he or she protects their reputation and so helping the recipient may gain favor among the population.

Past researchers found that there were eight “leading” strategies that the donor could use to ensure cooperation within the population.

For this recent study, the researchers decided to take assumptions out of the equation and model indirect reciprocity within a more realistic framework.

“We wanted to explore how the leading eight strategies fared when faced with incomplete, noisy information,” said Laura Schmid, a member of the research group.

The researchers meticulously modeled the different strategies a donor would use if given partial information about the recipient and the social norms.

“For some strategies, even a single disagreement could lead to populations that were split into two polarized subgroups,” said Josef Tkadlec. “Other strategies could recover, but it might take them a long time.”

The team found that the more realistic model led to very little cooperation among a population. The researchers are now working on adding more simulations to the model to see how individual and community relationships influence opinions and actions, but the results show that communication is vital to cooperation because it can prevent misinformation from spreading.

“Seen from this angle, our findings highlight the importance of communication and coordination for building and maintaining cooperation in a society,” said Christian Hilbe, an author of the study.