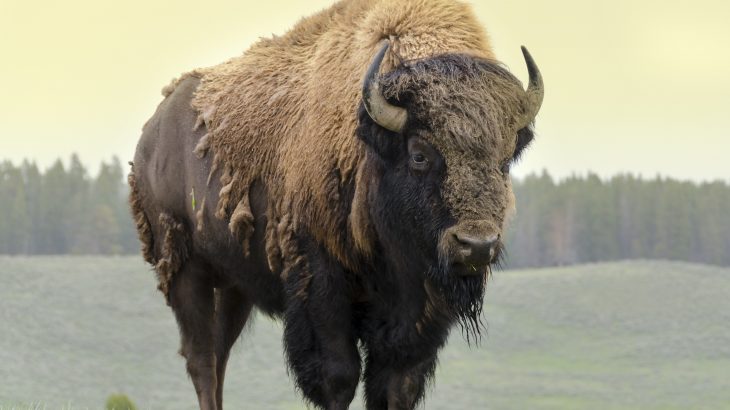 When I spent a summer collecting field data on a medium sized, mostly green parrot, the Cuban Amazon (Amazona leucocephala) in the Bahamas, house cats were a large threat to the birds. Cats are an incredibly adaptable predator, as anyone who’s watched their cat bring home any number of small animals will know. House cats found a way to hunt the parrots despite the fact that the birds spend most of their lives flying, perched in trees or in underground nest cavities.

Because of the threat of house cats, the Bahamas National Trust (the equivalent of the National Park Service) hired a man who among his other duties hunted cats with guns and dogs. The effort will probably be an ongoing one as it only targets cats found within the protected land where parrots nest, doing nothing about cats living in nearby areas until they stray onto protected land. Unfortunately, selective control of invasive or detrimental species is normal in conservation efforts, often because of conflicting goals.

In Yellowstone, brucellosis, a bacterial disease caused by Brucella abortus, was spread from domestic cattle (Bos taurus) to bison (Bison bison) before being largely eradicated in domestic cows. The disease has little impact on bison populations but there is concern that the bison could re-infect domestic cattle. 60% of female bison in Yellowstone test positive for brucellosis, according to the National Park Service, but only about 10-15% of the bison could actually transmit the disease to cattle.

Bison are culled in large numbers (1,171 Yellowstone bison were killed in the winter of 2017-18, the NPS reports), simply to keep them inside the park boundaries and limit their contact with domestic cows. Bison are also killed because much of their domestic range is inhabited by cows, so bison are unable to roam in those areas. Kept in relatively tiny spaces, the Yellowstone bison would soon overgraze the land allotted to them without being culled.

The bison are native, unlike domestic cows, and it’s easy to think of the domestic cattle as invasive since they take large amounts of habitat from their wild relatives and have the potential to spread diseases to them. Further complicating the matter is the fact that bison and cows can hybridize, which could potentially undermine the genetic integrity of bison. In the end, bison control amounts to playing favorites with cows, while treating bison more like invasive species or at least virtual prisoners within their own home range. Cows are not treated as invasive species by wildlife managers simply because they’re financially valuable and were purposefully introduced by European Americans.

Human settlers from Europe brought a whole host of foreign organisms with them to settle the Americas alongside them. European bacteria and viruses devastated the Native Americans with illness they had no immunity to. As previously mentioned, cats hurt wild populations of birds. As I reported, that cats can kill as many 1.3 and 4 billion birds annually in the US. Despite the threat to native wildlife, little is done to control cats as a whole in the US. Most places seem to not even have leash laws for cats as they do for dogs. Honey bees are another example of how biased humans can be, including conservationists when it comes to invasive species.

Decline of the domestic honey bee garnered a lot of headlines with little consideration for how other bees were faring. As Earth.com reported last year, there are an estimated 4,337 species of bees native to the United States alone and as many as 20,000 described species worldwide with an estimated 20,000 species yet to be described by science. Despite this misunderstanding, 50% of native bees may be declining in populations but garner less research money or headlines than their domesticated relatives.

In response to the decline of the domestic honeybee, some have been considering using public lands as places for bee habitat, allowing the honey bees to collect nectar from plants in places like National and State Parks. The Xerces Society issued a report in 2018 on the potential impact of honey bees on native pollinators, bees as well as others like butterflies, with recommendations for land managers. There are no solid conclusions of the exact impacts that honey bees might inflict on native pollinators but the society recommends assessing the risk posed by honey bees in areas with endangered insect pollinators.

Evidence from controlled experiments suggest that honey bees have a negative impact on native pollinators. Even considering allowing honey bees into public lands shows how much weight they’re given by their importance to humans and our economic systems. The decline of the honey bee isn’t an issue of preservation, it’s an issue of economics.

It’s not that invasive species don’t cause problems, they do. Brown tree snakes (Boiga irregularis) in Guam are a classic example of the havoc to be wrought by a highly ‘successful’ invasive species. The brown tree snakes have killed off most of the island’s native bird life which in turn has lead to an eerily thriving spider population. Less birds has also led inexorably to the decline of the forest, birds spread the seeds of trees.

According to the Atlantic, seedlings have decreased in Guam by 61 to 92%. Despite the best efforts of scientists which has involved years of research, poisoning and catching snakes by hand, the snake problem on Guam persists. Given enough time, it’s likely that a new ecosystem will arise on Guam, a new equilibrium which includes the snake or at least the species ancestors. It’s also unlikely that humans will eradicate the snake from Guam.

When playing favorites, we rarely consider reptiles or ‘useless’ insects. We also rarely consider not just ecology but the likelihood of our success weighed against the suffering caused by an endless campaign of killing. Humans want to bend environments to suit our whims but we’re unwilling to allow the same autonomy in other species.