Cats get away with murder, have caused bird population declines • Earth.com 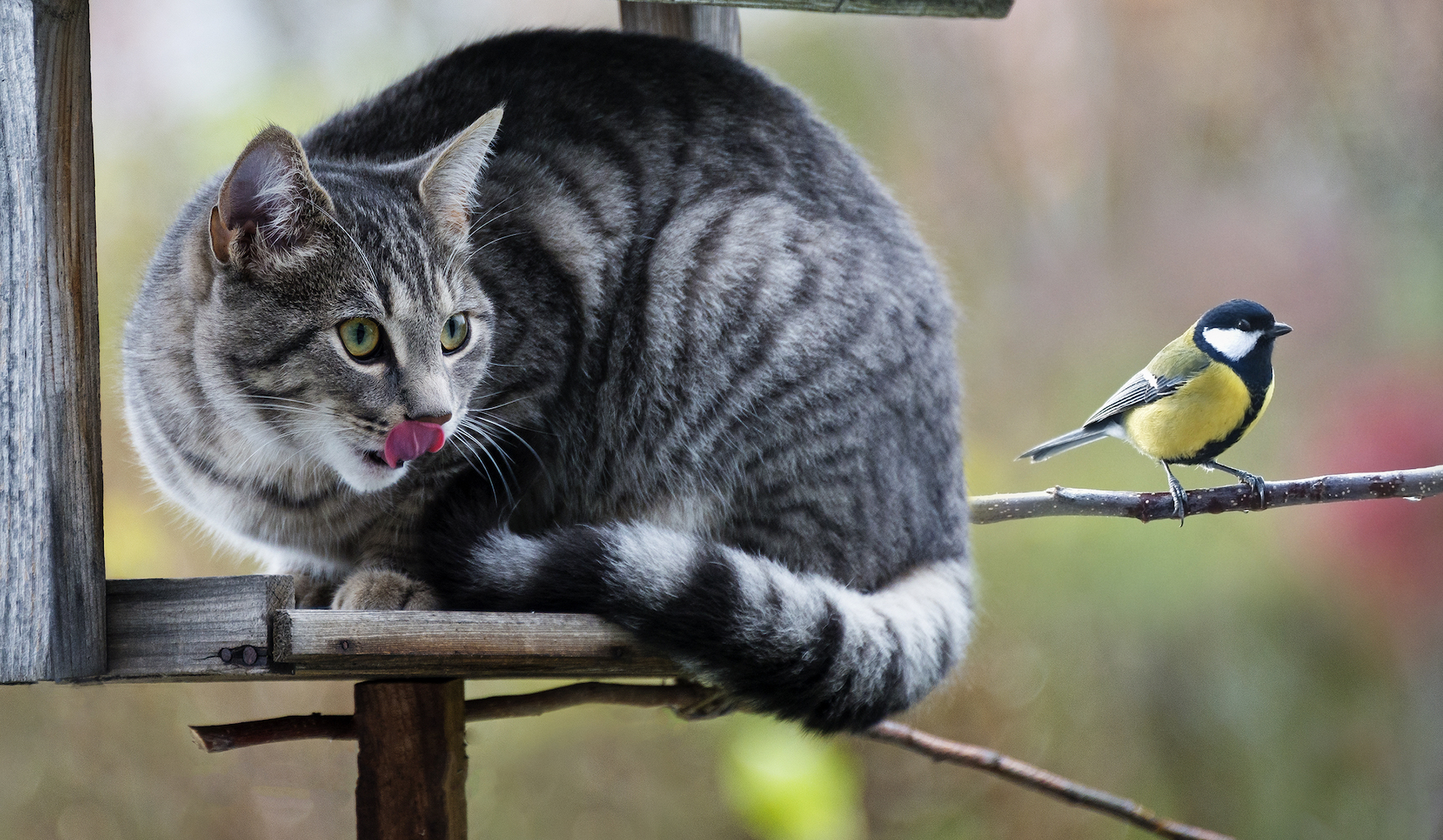 Cats get away with murder, have caused bird population declines

One summer, I volunteered to work on a parrot conservation project in the Bahamas.  There is only one parrot species native to the Bahamas, the Bahamian Parrot (or Cuban Amazon, depending on who you ask).  The main reasons the parrots are slipping from a parrot with a naturally small population located on an island to a species in danger of extinction are pet trade and domestic cats.

It’s a bit ironic that both of these problems are connected to the human desire for non-human companionship, but cats may be harder to stop than illegal parrot smuggling.

During my work on parrots, I spent time looking through motion activated camera shots, waiting to see a cat, a pet trader, or a wild predator.  I remember seeing more cats and shots of plants moving in the wind than anything else.

There are estimated to be between 200 million and 600 million house cats in the world today.  If you’ve ever walked down an alley lined with dumpsters at night, you’ve probably seen feral cats.  Seeing feral cats scavenging, hunting, quickly hiding, it’s easy to see how hard it is to get exact numbers on cat populations but there are a lot of cats out there.  Statistica estimates the number of house cats in the U.S. alone to be 95.6 million.

This doesn’t seem like much of a problem for cat lovers… but it is a huge problem for birds.  According to cbc.ca, cats are estimated to be the number one cause of death for wild birds in Canada.

A study published in Nature Communications in 2013 found that cats in the U.S. (both feral and outdoor pets) killed an estimated 1.3 billion to 4.0 billion birds annually.  Part of the problem is that many cats, unlike dogs in most of the US, are allowed to roam freely, hunt at will, and kill seemingly for sport.  Cats are superb hunters too, as anyone who’s ever been gifted a pile of dead things from their feline friend can attest.

There is the standard story about an assistant lighthouse keeper, David Lyall on Stephens Island near New Zealand.  Lyall, the lighthouse keeper was a birder, tallying up interesting avian species he saw in his lonely work on the island.  David Lyall also had a cat named Tibbles. One day Tibbles brought David Lyall a bird. The bird Tibbles had killed and gifted to Lyall was a wren, more importantly it was a flightless wren.  Being an amateur naturalist, David Lyall skinned the dead wren and sent off the skin as a specimen to a well-known biologist of the day; Walter Buller. Sir Walter Buller, upon inspecting the bird skin was thrilled to see it was a previously undescribed species.  Lyall had found the first specimen of Stephens Island Wren (Traversia lyalli).

The lighthouse began operation on January, 29, 1894 with three keepers and their family living on the island.  By 1899, the bird was never again found alive. In the intervening years specimens of the bird kept being sent off to scientists and commercial collectors, many of them caught by the cat.  Today there are still 15 specimens of the Stephens Island Wren in museum collections.

An illustration of the wren shows a small bird with delicate, non-descript features.  The beak is a black, stout, practical thing and the feathers are a pretty but not eye catching pattern of tan and brown.  The legs are thin and orange like many birds. It’s easy to see how the flightless wren would be quick prey to a roving house cat.

The simple story of one cat is complicated a bit by historical records come to light more recently.  Feral cats became established on Stephens Island in 1894 and bred with increasing numbers until they were eventually eradicated.  So it seems that Tibbles probably didn’t act alone. The fact is though that cats were a huge part in wiping the wren from the planet.

The Stephens Island Wren today is little more than a collection of skins and we know very little of the specifics of its life.  Once the wren roamed all of New Zealand, Stephens Island was its last hold out before oblivion.

According to Scott R. Loss, et al. writing in Nature, free roaming cats have caused or contributed to 14% of bird, mammal, and reptile extinctions recorded by the IUCN red list.

The main culprit of bird killings is not just your house cat but more commonly, un-owned house cats.  It’s estimated that 69% of bird mortalities in the US are caused by un-owned cats, according to the same study in Nature.  Predation rates for un-owned cats are thought to be as much as three times as high as owned cats.  According to wildliferemoval.com, there are an estimated 58 million stray cats in the US, but they’re quick to qualify that this is a tricky estimation to make.  There could be as few as 35 million or as many as 75 million strays.

Unfortunately when cats aren’t kept responsibly, the cats can suffer as well as the wildlife.  The parrot project I volunteered with worked closely with a game warden. A big part of the warden’s job was hunting down stray cats, with dogs and with guns.  The Bahamas isn’t the only place to resort to such measures. Islands are especially vulnerable to predation by cats, island species usually evolve away from cats and have no natural defenses.  Islands also usually have lower numbers of wildlife because they’re smaller.

In February 2017, the Sydney Morning Herald reported that the Australian Government set aside $5 million (Australian dollars) for community groups to help eradicate cats.  The goal is to cull two million feral cats, an estimated third of the population.

New Zealand is now also debating more controls on feral cats.  In both the case of Australia and New Zealand, many endemic, rare and wonderful species are threatened by cats.  Flightless birds, bats that feed on forest floors and bush tailed possums are all possible prey items for hungry house cats.