30 years of conservation efforts may finally save the helmeted honeyeater • Earth.com 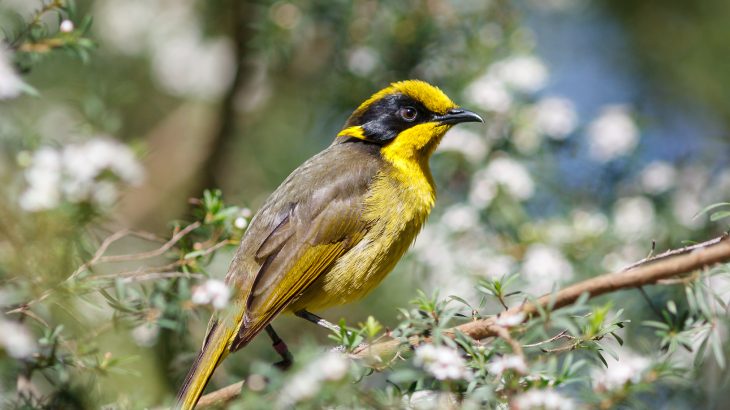 30 years of conservation efforts may finally save the helmeted honeyeater

When wildlife populations shrink down to a small size, it becomes difficult for animals to avoid inbreeding. However, breeding among relatives can cause many issues including depression, shortened life, or even death.

A team of researchers at Monash University set out to investigate the damage that results from inbreeding among the critically endangered Helmeted Honeyeater species.

According to study lead author Professor Paul Sunnucks, the findings have wide-ranging implications for wildlife management.

“Our study combines over 30 years of demanding fieldwork and advanced genetics to quantify how much harm is done by inbreeding in the last wild population of the Helmeted Honeyeater, and identifies ways forward,” said Professor Sunnucks.

By 1989, the Helmeted Honeyeater population in the bird’s native Australian state of Victoria was reduced to only 50 wild individuals. This drastic reduction was caused by the loss of 99 percent of the region’s suitable forest habitat.

Conservation efforts such as captive breeding at Healesville Sanctuary have boosted the current number of wild Helmeted Honeyeaters to about 230 individuals, who all live in the Yellingbo Nature Conservation Reserve.

Over 30 years of monitoring, the experts compiled a detailed record of how long each of the birds lived and how many offspring they had in their lifetimes. The team combined this information on breeding success with advanced genetic analysis to quantify the extent of damage caused by inbreeding. The study revealed that the most inbred Helmeted Honeyeaters produced only one-tenth as many young as the least inbred.

To help reduce inbreeding depression, experts at Zoos Victoria have cross-bred Helmeted Honeyeaters with members of the most similar subspecies of Yellow-tufted honeyeater.

“Mixing the two subspecies in captivity is going very well, with no signs of genetic or other problems,” said Dr. Michael Magrath. “We have plans to release the first out-crossed birds into the wild population at Yellingbo soon.”

If this gene pool mixing strategy proves to be a success, Professor Sunnucks said it may help overcome the burden of inbreeding depression and promote the continued recovery of the Helmeted Honeyeater.