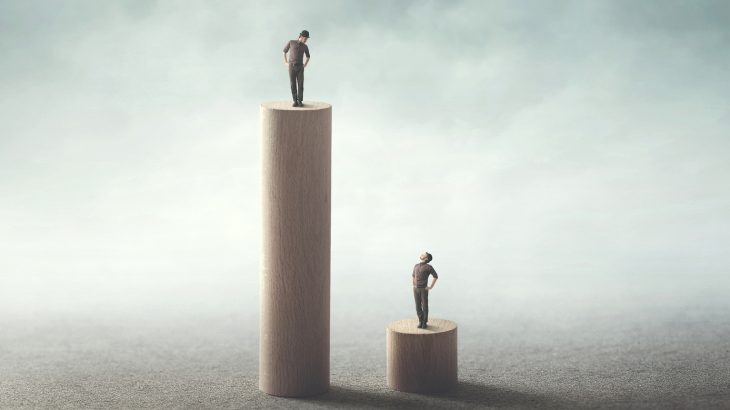 Cooperating with higher status people can elevate one’s own status

A new study led by Daniel Redhead at the Max Planck Institute for Evolutionary Anthropology has demonstrated that cooperating with the right people may lead to higher social status. The research suggests that human cooperation and competition are more closely related than they seem.

Through cooperation with high status individuals, others may gain access to valuable information, resources, or coalitional support that increases one’s own status.

“This is one of the first longitudinal studies of social status. Our findings provide some of the first evidence that the relationship between cooperation and social status among humans is bidirectional. That is, humans – compared to other animals – give status to those who provide benefits to groups, and are thus more attracted to these individuals as cooperative partners. At the same time, individuals increase their own status by cooperating with such high-status,” explained Redhead.

“These findings provide empirical evidence that stresses the broader importance of social interdependence – be it food sharing, food production, friendship or advice – in shaping human behavior, and that this interdependence makes the ways that we obtain social status quite distinct from other animals.”

In collaboration with Christopher von Rueden from the University of Richmond, Redhead studied the relationship between cooperation and status hierarchy among males in a community of Tsimane Amerindians in Bolivia over a period of eight years.

For the indigenous Tsimane Amerindians, status is informal and can be gauged by who has more influence during community meetings. Men with higher social status in this community also have better health outcomes and more surviving children.

Three different times throughout the study period, the men were asked to rank the status of other males within their community and to report which men they regularly cooperated with in terms of sharing food or hunting and fishing together.

The study revealed that men with higher social status gained more cooperative partners over time, and that these partners ultimately gained status themselves.

“The finding that status depends on cooperation provides insight into why human societies, particularly small-scale societies like the Tsimane, are relatively egalitarian compared to other primates,” said von Rueden.

“Humans allocate status based on the benefits we can provide to others, often more than on the costs we can inflict. This is in part because humans evolved greater interdependence, relying on each other for learning skills, producing food, engaging in mutual defence, and raising offspring. Individuals who can offer unique services in these contexts gain status.”

“However, the transfer of information and resources from higher to lower status individuals, as well as the potential reputational benefits to cooperating with higher status individuals, may constrain or even erode status differentials. Status inequality is constrained when by cooperating, status-dissimilar individuals influence each other’s statuses. This likely changed with the spread of agriculture ten thousand years ago, as human communities grew in size and began producing more private wealth.”

“Widespread cooperation among community members becomes difficult as community size increases, and individuals with more wealth can lose incentive to cooperate with the non-wealthy outside of more market-based or coercive transactions. These processes limit upward mobility and fuel stratification by wealth class.”

The study is published in the journal  Proceedings of the Royal Society B.