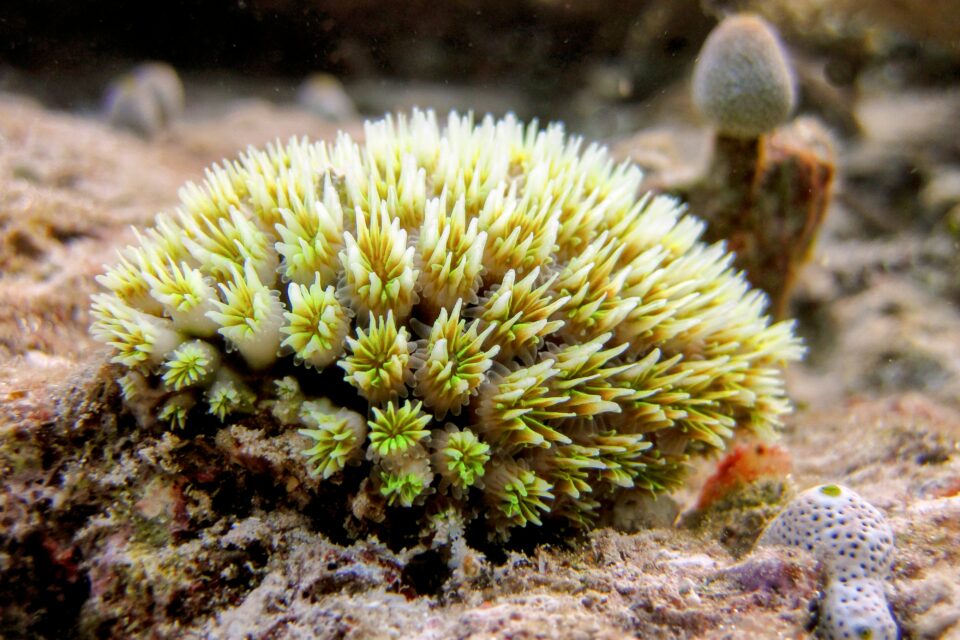 Corals are complex holobionts, harboring a variety of life-forms at different scales, including coral cells, zooxanthellae, and a diversity of bacteria, archaea, and viruses. A new study published in the journal Nature Ecology & Evolution has investigated a novel interplay between a coral pathogen (Vibrio coralliilyticus) and other coral commensal bacteria, which has a major impact on the health of stony coral.

Ocean warming is currently threatening the health of coral reefs worldwide. Besides coral bleaching, stony coral tissue loss disease (SCTLD) is rampaging in several tropical oceans. The scientists examined a species of coral called Galaxea fascicularis (commonly known as the galaxy coral), which is a massive reef-building coral spread near Hainan Island and the Xi Sha Islands in the South China Sea.

The analyses revealed that, in some regions, galaxy corals suffer from SCLTD. By sampling gastric fluids from healthy and unhealthy corals from the South China Sea, the researchers identified infections with the temperature-dependent pathogen Vibrio coralliilyticus, which causes serious tissue loss under acute heat stress and is thus likely a causative agent of SCLTD.

The scientists found a key enzyme, L-lysine-epsilon-oxidase (LodA), in this coral pathogen that oxidizes L-lysine and generates hydrogen peroxide. This substance helps to eliminate a nonpathogenic Vibrio species that cohabit in the corals by inducing a prophage hidden in their genome. Moreover, V. coralliilyticus also uses LodA to outcompete symbiotic bacteria such as Endozoicomonas spp., by triggering prophage induction in the wild coral.

While native coral bacteria can increase their fitness through the acquisition of prophages when nutrients are scarce, “the risk is that this hidden prophage can be manipulated by competitors and can be converted into a bomb which kills the host bacterial cells,” as study senior author Xiaoxue Wang, a researcher at the University of Chinese Academy of Sciences, put it.

“Clearly, pathogens have evolved many strategies to evade host defenses to colonize the gastric cavity of wild corals, and the results can now be taken into account for coral reef conservation,” Dr. Wang concluded.