Coral reef biodiversity expected to shuffle but not decline • Earth.com 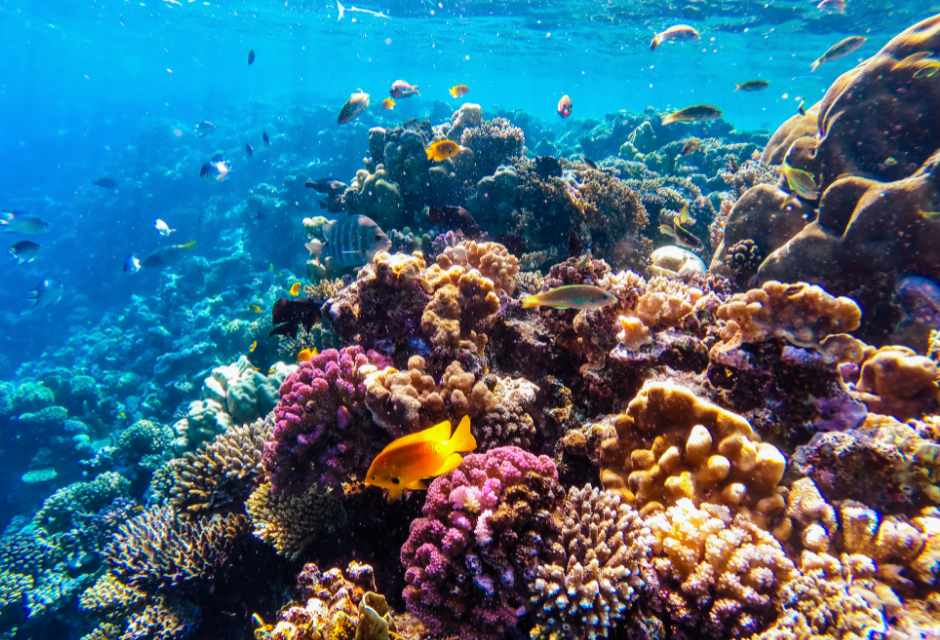 Coral reef biodiversity expected to shuffle but not decline

Due to climate change effects such as ocean warming and acidification, the biodiversity of coral reef cryptobiota will most likely shuffle rather than decline, according to a new study published in the journal Proceedings of the National Academy of Science.

Coral reefs – some of the most complex, diverse, and productive ecosystems on Earth – consist of a multitude of microorganisms known as cryptobiota. These organisms play a fundamental role in reef processes such as cementation, nutrient cycling, and food web dynamics. Many scientists have worried that climate change will lead to a dramatic loss of this coral reef biodiversity.

However, a research team led by the University of Hawai‘i (UH) at Mānoa has found that while the species that dominate the coral reef communities might shift, the total biodiversity will not collapse under future climate conditions.

“Rather than the predicted collapse of biodiversity under ocean warming and acidification, we found significant changes in the relative abundance, but not the occurrence of species, resulting in a shuffling of coral reef community structure,” said lead study author Molly Timmers, a doctoral student at the Hawai‘i Institute of Marine Biology (HIMB).

In order to assess cryptobiota’s response to future ocean conditions, Timmers and her colleagues conducted an experiment in which tiered settlement plates were placed in experimental flow-through tanks. These recipients were filled with untreated seawater from a nearby coral reef and were then exposed to end-of-21st-century predicted ocean warming and acidification conditions.

The team found that after two years of exposure, the total number of species did not change, but the composition of the coral reef community differed significantly from the initial one. The scientists believe that the outcome of this shuffling will depend upon the ecological roles that the winners and losers among these microorganisms will play.

As Timmers explained, however, “we lack sufficient information on the ecological functions, life histories, and distributions (let alone names) for most members of the coral reef cryptobenthic community to be able to adequately predict responses or ecosystem outcomes of changes in this community.”

Nonetheless, this study highlights the importance of including these understudied microorganisms in research related to the future effects of climate change on marine ecosystems.