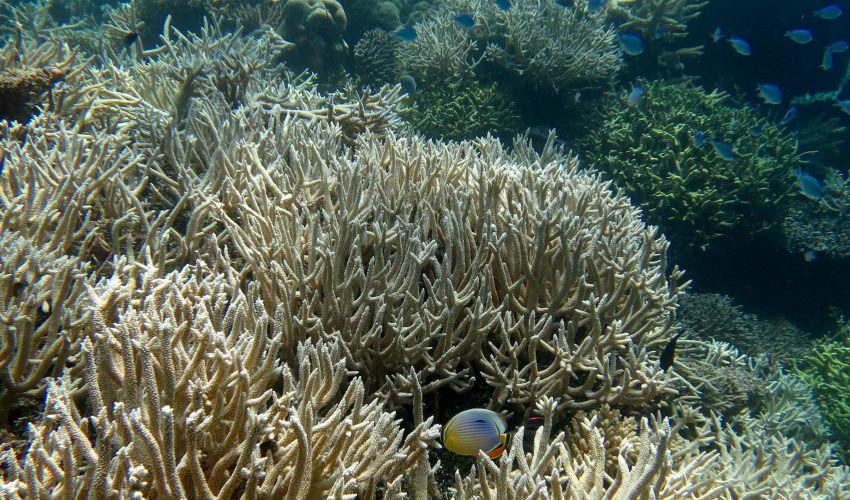 Coral reefs struggling to keep up with sea level rise

Coral reefs are declining at an alarming rate worldwide. Between coral bleaching, pollution, severe storms, and disrupting human activities like tourism and fishing, coral reefs which contain vital habits for marine wildlife, are struggling to adapt and recover.

Now, a new study has found that sea level rise poses yet another threat to coral growth and preservation.

Researchers from the University of Exeter, the Royal Netherlands Institute for Sea Research, Lancaster University and the Australian Research Council’s Centre of Excellence for Coral Reef Studies (Coral CoE) discovered that many coral reefs will be unable to keep up with rising sea levels.

The study, which was published in the journal Nature, compared the maximum growth rates of coral reefs with predicted rates of sea-level rise in order to determine how well reefs could recover.

Growth rates of more than 200 tropical Western Atlantic and Indian Ocean reefs were calculated by the researchers.

Unfortunately, the results show that as emissions increase and ocean temperatures drive sea-level rise, coral growth for many reefs will be impossible.

Rising sea levels, according to the National Oceanic and Atmospheric Administration brings large amounts of sediment that can smother corals.

Reefs play an important role in protecting coastlines from storm surges, erosion and flooding and if sea level rise overtakes reefs, it could cause devastation in coastal communities.

“For many reefs across the Caribbean and Indian Ocean regions, where the study focused, rates of growth are slowing due to coral reef degradation,” said Chris Perry, the study’s lead author. “Meanwhile, rates of sea-level rise are increasing – and our results suggest reefs will be unable to keep up. As a result, water depths above most reefs will increase rapidly through this century.”

Coral reef growth is influenced by how many corals are living on the reef and the diversity of coral species present.

Many threats from climate change and human activities are inhibiting growth and recovery, and the research shows that even if greenhouse gas emissions are reduced, reef recovery would still be compromised to some degree.

“Even under modest climate change prediction scenarios (RCP4.5) only about 3% of Indian Ocean reefs will be able to track local sea-level rise projections without sustained ecological recovery, whilst under continued high emission scenarios (RCP8.5) most reefs will experience water depth increases in excess of half a metre,” said Aimée Slangen, a fellow co-author of the study.

The results are concerning because of the key role reefs play in protecting against erosion and flooding, and the researchers say that more must be done to reduce emissions, regulate fishing and limit ocean pollution.