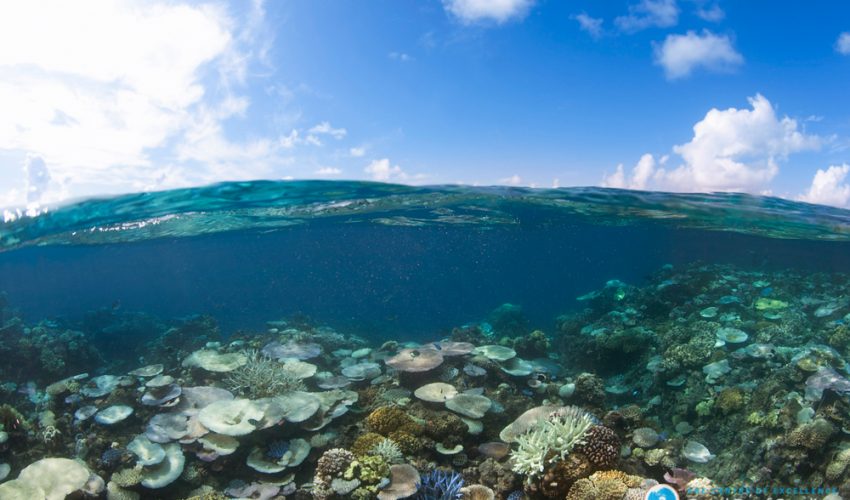 It has been known for years now that climate change and the resulting warming of the ocean has led to coral bleaching in many of our oceans’ reefs. Coral bleaching occurs when the water is too warm, causing corals to expel the algae living in their tissues, turning the coral completely white. While this does not kill the coral, they do become more stressed and have an increased risk of mortality.

New research from the ARC Centre of Excellence for Coral Reef Studies at James Cook University and Lancaster University has found that coral bleaching events not only change the vibrant coral landscape of a reef, they can also decrease the variety of fish living in these ecosystems.

“The widespread impacts of heat stress on corals have been the subject of much discussion both within and outside the research community,” says Laura Richardson, a PhD student at James Cook University and lead author of the study. “We are learning that some corals are more sensitive to heat-stress than others, but reef fishes also vary in their response to these disturbances.”

Researchers examined 16 reefs off Lizard Island in the northern region of the Great Barrier Reef – one of the most important and unique ecosystems on the planet. They surveyed the quantity and species of coral and fish before, during, and after a mass bleaching event in 2016 that was caused by a global heat wave.

“Prior to the 2016 mass bleaching event, we observed significant variation in the number of fish species, total fish abundance and functional diversity among different fish communities,” explains co-author Andrew Hoey of James Cook University. “Six months after the bleaching event, however, this variation was almost entirely lost.”

Coral bleaching can affect some species of fish more than others. After the bleaching event, the researchers noticed a significant decline in the diversity of fish communities. Fish that were more dependent on branching corals – such as butterfly fish – were the most affected.

Losing species diversity in these sensitive ecosystems is a pressing issue. The abundance of species and variation throughout different fish communities are major characteristics of diverse ecosystems such as the Great Barrier Reef. If we’re unable to slow down or reverse climate change, we may lose these ecosystems – and some of their inhabitants – forever.