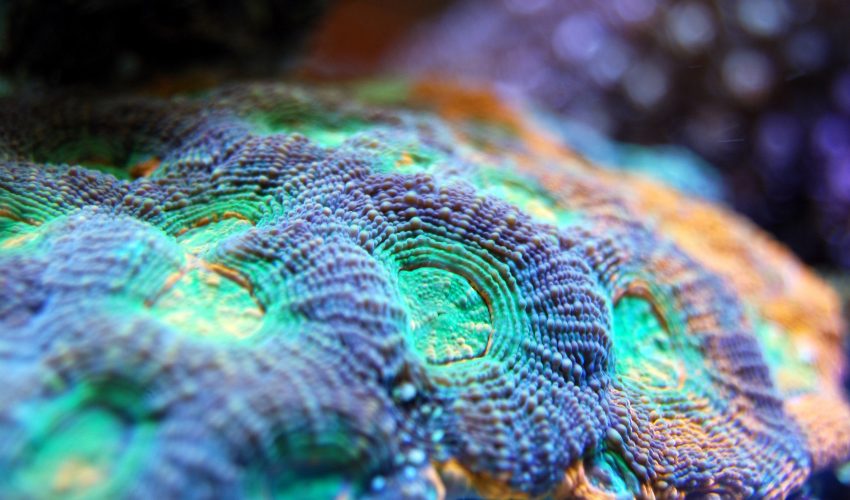 Tropical cyclones can cause major damage to marine habitats, as well as our own coastal infrastructure and the people living in the affected areas. One of the many benefits of coral reefs in these areas is that the reefs can act as a natural buffer to protect coastlines from at least some of the fury of tropical cyclones. They do so by reducing the impact of large waves before they hit the shore, according to a new study from the ARC Centre of Excellence for Coral Reef Studies (Coral CoE) at the University of Western Australia (UWA).

“Reefs can effectively protect shorelines because of their ability to cause waves to break offshore, thus limiting the energy impacting the coastline,” explains Dr. Michael Cuttler of UWA. For coastlines facing direct cyclone impact, a fringing reef can protect the beach from significant erosion.

Dr. Cuttler and his colleagues at Coral CoE studied Ningaloo Reef, Australia’s largest fringing reef system, during Tropical Cyclone Olwyn. This cyclone was a Category 3 severe tropical cyclone, which caused extensive damage throughout the coast of Western Australia. Their observations showed that the shoreline was mostly unscathed by the storm, largely due to the protection of its offshore reef.

“The large waves generated by the cyclone were effectively dissipated by the reef situated offshore,” says Cuttler. “The little erosion that did occur was due to smaller waves that were generated by wind within the lagoon.”

Although coral reefs can effectively protect coastlines from some of the effects of tropical cyclones, the results show that local wind effects cannot be dismissed when scientists model or attempt to predict the impact of these storms.

The researchers also compared similar cyclone impacts on some coastlines that did not have protective fringing reefs, and found that erosion was up to ten times worse compared to Ningaloo Reef.

However, Cuttler warns that the ability of reefs to protect adjacent coastlines is threatened by slowing rates of reef growth and sea level rise. “These changes may ultimately increase the amount of wave energy reaching the coastline and potentially enhance coastal erosion,” he says.

Ultimately, Cuttler and his team believe that the results may be useful in assessing coastal hazards facing reef-fringed coastlines as a result of severe tropical cyclone conditions. This could become even more relevant in the future as climate change negatively impacts reefs around the world.