Small crustaceans may reveal how to make renewable energy from wood • Earth.com 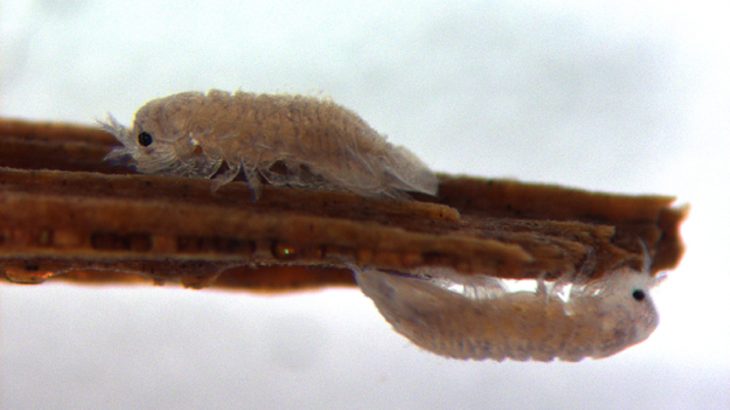 Small crustaceans may reveal how to make renewable energy from wood

Small, wood-eating crustaceans known as a gribble could help uncover potential solutions for efficient ways to convert wood into biofuel.

In a new study, researchers from the University of York discovered how the gribble’s unique digestive system allows the crustacean to break down the resistant coating that surrounds the sugar polymers of the wood called the lignin.

Gribble play an important role in the marine ecosystem as they eat up pieces of wood that wash into the sea via rivers and streams.

These crustaceans are like termites of the sea, and they can also do considerable damage to wooden piers and boats, but gribble have a digestive system utterly different from termites.

“Gribble are the only animal known to have a sterile digestive system,” said Simon McQueen-Mason, the leader of the study. “This makes their method for wood digestion easier to study than that of other wood-consuming creatures such as termites, which rely on thousands of gut microbes to do the digestion for them.”

The researchers set out to understand how a gribble can eat and break down so much wood without the help of an extensive gut biome.

The team focused on the hind-gut of the gribble and found that hemocyanin proteins help the gribble break down and extract the wood’s sugars.

Hemocyanins are proteins that transport oxygen through the blood of invertebrates, and they’re what give invertebrate blood its blue color.

Gribbles have evolved in such a way that they can harness the oxygen transporting abilities of hemocyanins to break down the lignin bonds of wood.

“We have found that Gribble chew wood into very small pieces before using hemocyanins to disrupt the structure of lignin,” said McQueen-Mason. “GH7 enzymes, the same group of enzymes used by fungi to decompose wood, are then able to break through and release sugars.”

The researchers treated wood with hemocyanins to test how well it breaks down the lignin bonds and found that the proteins release the same amount of sugar that energy-consuming treatments release during biofuel conversation processes.

The results of the study could help pave the way for creating more efficient and cost-effective methods for converting wood to biofuel, which could help reduce carbon emissions and limit future climate change.

“In the long term this discovery may be useful in reducing the amount of energy required for pre-treating wood to convert it to biofuel,” said Neil Brice, a co-author of the paper. “The cellulase-enhancing effect of the haemocyanin was equivalent to that of thermochemical pre-treatments used in industry to allow biomass hydrolysis, suggesting new options for bio-based fuel and chemicals production.”